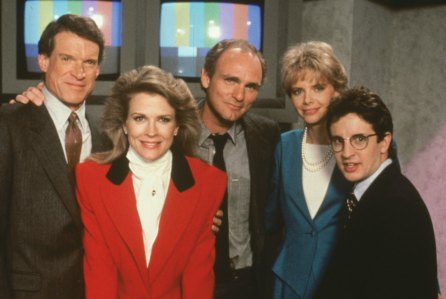 The last few years have seen the revival of iconic television series. From Dynasty to Ducktails, nostalgia has taken over Hollywood. Not every revival venture has been successful. For instance, 24: Legacy, a revival of the hugely popular 24 series, was canceled after one season. This Kiefer Sutherland-less version of the original just did not fly with the fans of the series. Nevertheless, a recent revival announcement by CBS has gotten television geeks excited.

Recently, CBS announced that “Murphy Brown” is returning to primetime television. The series, written by Diane English and starring Candice Bergen, ran for 247 episodes – spanning 10 seasons from 1988-1998. The statement, which was released this week, confirmed that Bergen would reprise her role as the titular character. The network deemed the revival of the show timely especially considering what has happened in the country in the last few months:

“As its 30th-anniversary approaches, ‘Murphy Brown’ returns to a world of cable news, social media, fake news and a very different political and cultural climate,”

During its first run, Murphy Brown premiered in the Eye Network and was met by generally favorable reviews. It is one of the first television show with a woman as the showrunner and it featured a lead star who is recovering addict in her 40s. It had received generally positive reviews in the ten years it was on the air. The show tackled topical issues at the time like single motherhood, breast cancer and the use of medical marijuana.

The show famously was shot into the spotlight during the 1992 election. Dan Quayle, who was then running for the Office of Vice President, criticized the show for depicting single motherhood:

“It doesn’t help matters when prime time TV has Murphy Brown – a character who supposedly epitomizes today’s intelligent, highly paid, professional woman – mocking the importance of a father, by bearing a child alone, and calling it just another “lifestyle choice.”

Candice Bergen has yet to release a statement about her reprisal. However, in an interview in 1988, she has gushed about the role of Murphy Brown. During the interview, the veteran actress explained that several people approached her about the pilot for the show. According to them, she was perfect for the role:

“I wasn’t quite ready to do a television series, but then there were whispers about this pilot script. Everybody was sort of grabbing it and there were little fingernail marks all over it, and they said, you know there’s this pilot script that’s as if it’s been written for you.”

While hesitant at first, she revealed that once she has read the script, she knew she had to have the role:

“I got up, and it was the first time I ever made a phone call from an airplane. I was then so panic-stricken that I might have lost the script, that I’d waited too long. And so I called my agent and said, what do I have to do? “

Thus far, no release date for “Murphy Brown” has been announced.