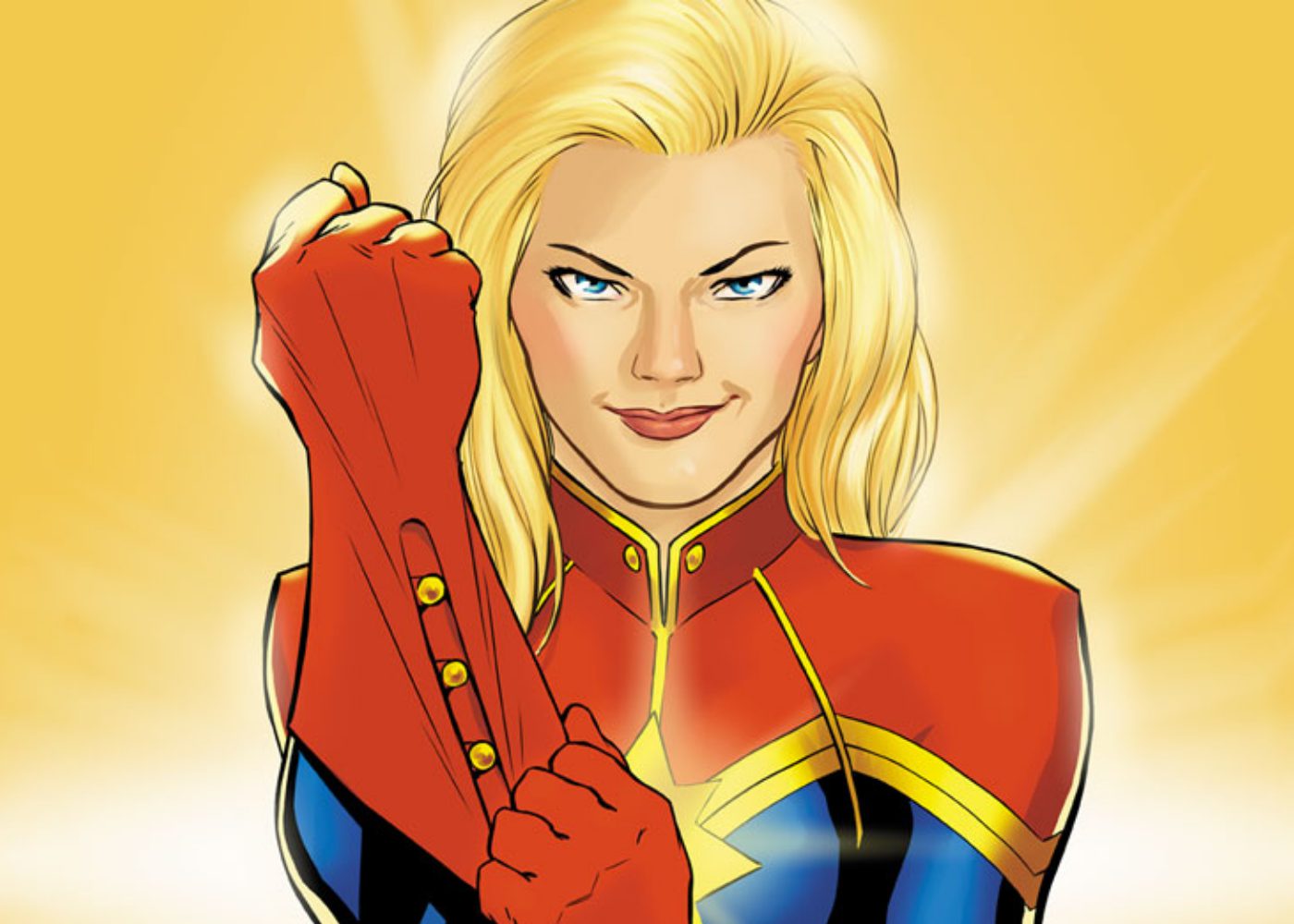 Captain Marvel is not going to be released until 2019. There are still several Marvel movies to get through first, including Thor: Ragnarok, Black Panther, Avengers: Infinity War, and Ant-Man and the Wasp. However, that does not mean people aren’t excited to finally see the first female-led Marvel Cinematic Universe film.

We got a lot of information about the upcoming Captain Marvel film during Comic-Con weekend. We learned that Captain Marvel will be fighting the Skrulls in her feature film debut. Nick Fury will make an appearance. And the movie is going to be set in the 1990s.

Star of the film, Brie Larson, is currently promoting her upcoming film, The Glass Castle. When interviewed by Entertainment Tonight, Larson naturally played it very coy when asked about Captain Marvel. She didn’t offer much in the way of more details about the movie, but she did go into what it’s been like trying to live up to a character so many people love.

“I mean, I feel pressure in that it’s a character that people love and are inspired by and I see that, and so I want to do right by that. And I want people to feel like their character is honored.”

She even talked about what it’s been like since Wonder Woman came out and if that movie has added any pressure.

“I don’t understand why there’s pressure put on women as if it’s the most shocking concept ever that a woman can open a movie — it’s like, it’s kind of a tired concept… We’ve proven it for a long time, so I don’t put pressure on in that way at all.”

Entertainment Tonight also spoke with Samuel L. Jackson, who will be playing Nick Fury in Captain Marvel but is currently promoting Hitman’s Bodyguard. Jackson was asked what he’s most looking forward to in the future MCU film. His response was: “Hanging out with Brie.”

It’s great to see these two co-stars are apparently hitting it off well. Hopefully that chemistry results in another fantastic addition to the MCU library.

Are you excited to finally see Captain Marvel on the big screen in 2019? Let us know in the comments.