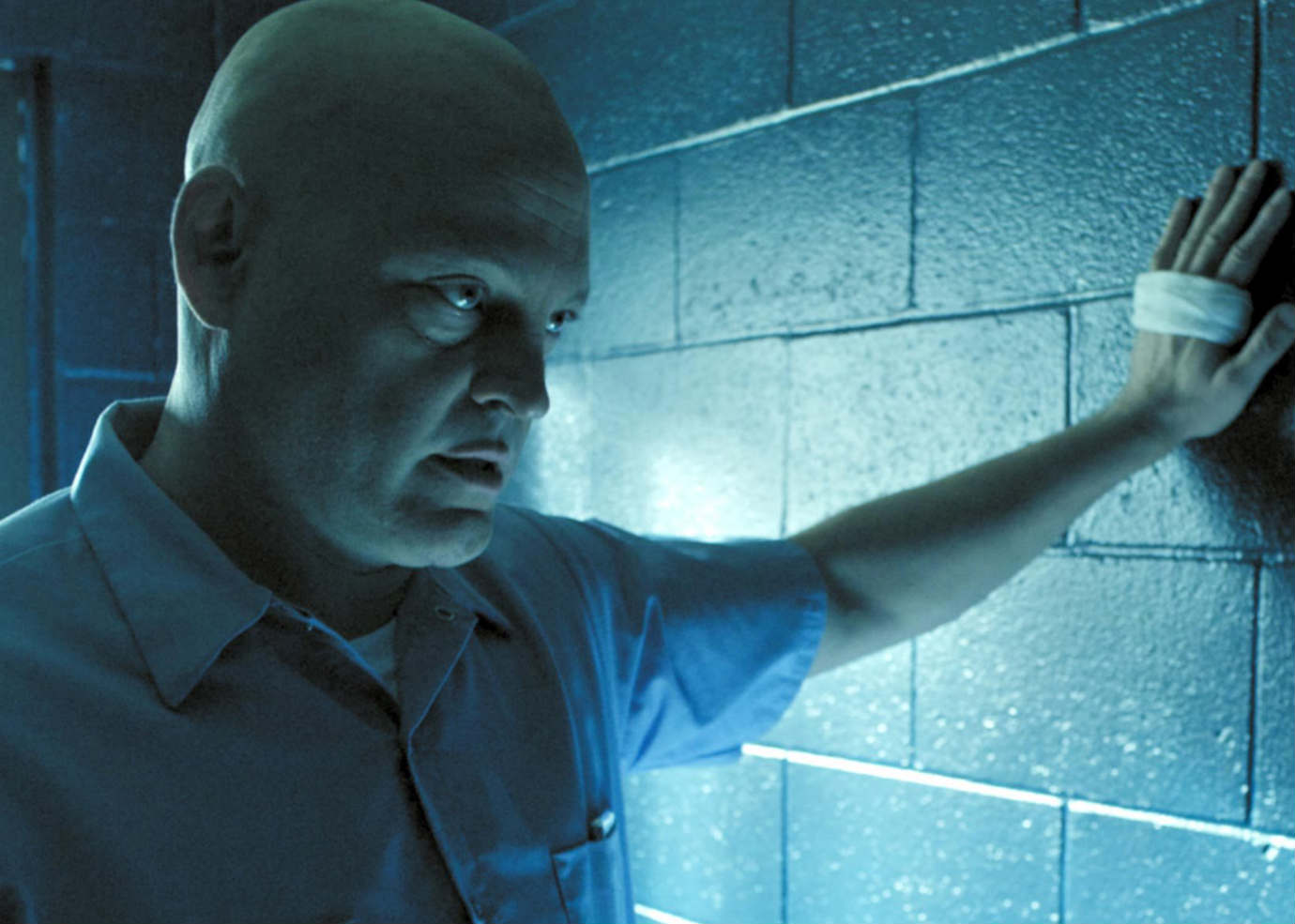 Bone Tomahawk was a film that was pleasantly surprising when it rode in on horseback in 2015 as one of the films of the year. It was also surprisingly unpleasant. The Western/Horror hybrid heralded the arrival of a talented new director by the name of S. Craig Zahler, and the trailer to his follow-up effort, Brawl in Cell Block 99 has just dropped ahead of its unveiling on the festival circuit.

Featuring a towering Vince Vaughn, doing very little talking, aside from with his fists, Brawl in Cell Block 99 looks to be the performance the former Swingers star has been building towards. Having fumbled his move to serious acting in the much-maligned True Detective sophomore season, he followed it up with a more successful performance in Mel Gibson’s Oscar Nominated Hacksaw Ridge.

The trailer reveals very little, but is wonderfully constructed to the beat of a bald headed Vaughn thumping at his car windscreen, and also features Dexter alumni Jennifer Carpenter in the role of his wife. Throw in Don Johnson as a black glove wearing, cigar smoking, prison boss, a 70’s soundtrack, and even more punching of objects, not all of which are inanimate, and this starts to look like it could be a similar beast to Drive; monosyllabic figure beating the crap out of people.

There’s a real Death Wish, The French Connection vibe to proceedings too, although based on Bone Tomahawk, it’d be foolish to predict what genre this will ultimately be filed under. The only synopsis we have tells us that Vaughn plays Bradley Thomas, a former boxer turned drug-runner, who ends up on a prison battlefield when a deal goes awry.

Distributed by RLJE Films in the USA, Brawl in Cell Block 99 will bow at Venice Film Festival, with no official release date at the time of writing.