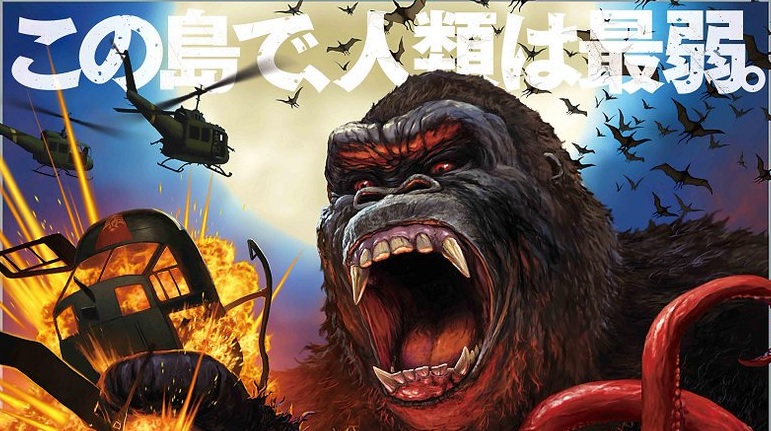 When it comes to marketing gigantic monsters, the Japanese are heads, shoulders, and skyscrapers on the verge of being knocked down, above everyone else. Point in case is the new artwork for Kong: Skull Island, which director Jordan Vogt-Roberts has just unleashed upon the world via his Twitter account. He also complimented the poster with the following text:

“Can we talk about how great our Japanese Kaiju poster is?” 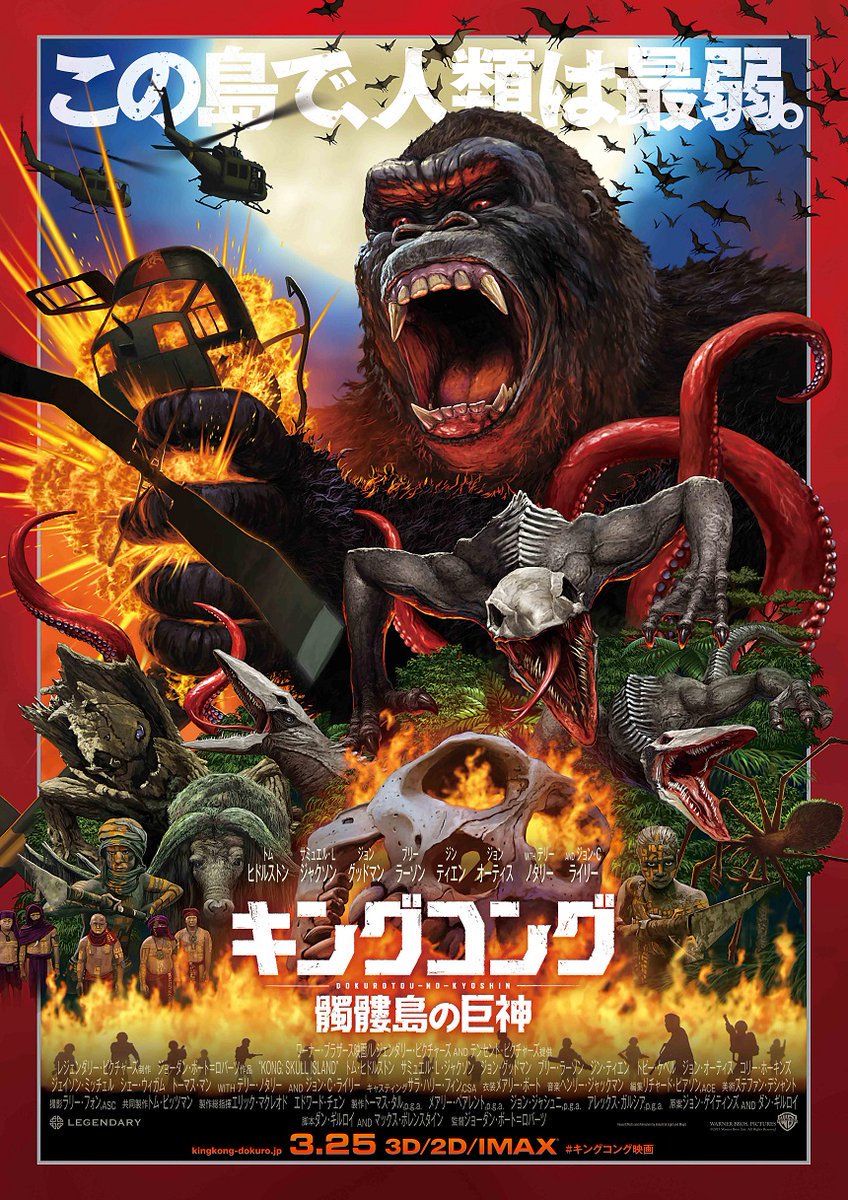 It’s gloriously colourful, putting the menagerie of CGI creatures’ front-and-centre. There are bugs, bison, bones, and beasts galore, with the star attraction, The Eighth Wonder of the Word, Kong himself, looming over them in a fit of helicopter crushing anger.

It’s also opts not to shove star names anywhere on the poster, despite the fact the rag-tag crew of monster hunters features Oscar winner, and seemingly all-round decent human being, Brie Larson. This is being sold as a creature feature, hopefully in the mould of the Harryhausen stop-motion epics, or Saturday teatime classics such as The Land That Time Forgot. Set in the 70’s, this also allows for Vietnam War subtext, clear in the posters imagery, and most intriguingly, an original narrative. They’ll be no beauty killing the beast in downtown Manhattan this time around. Along with the characters, we have no idea what to expect on Skull Island.

Hopes are also Kong high due to Vogt-Roberts indie credibility, earned by one of 2013’s best features, Kings of Summer. If he can weave some of that films heart and soul into the movie promised by this poster, then Skull Island can steal a march on the summer season when it hits cinemas on March 10.