Box Office: ‘Moana’ Coasts to Shore at Number One

The weekend after Thanksgiving took an expected tumble, but that didn’t stop Moana from remaining in the top spot with a healthy weekend take.  Meanwhile, newcomers were scarce and didn’t fare too well.

The Disney toon hit Moana remained in first place with a solid gross of $29.3 million, a drop of only 49%.  That’s a better hold than Frozen and Toy Story 2 experienced during their post-turkey drops.  It also means that word-of-mouth will keep the film afloat, despite upcoming competition in a few weeks.  So far, the animated film has grossed $119.8m domestically and $177m worldwide.

In second place, Fantastic Beasts and Where to Find Them fell a bit harder, dropping 58% of its audience from last weekend for a weekend take of $18.5m.  That gives the prequel a solid $183m, thus far.  It is still on course to top $225m domestically and has already smashed a mighty $607m worldwide.  In terms of the Harry Potter franchise, however, Beasts still trails the worldwide take of the lowest grossing Potter film, The Prisoner of Azkaban, by almost $190m.  It remains to be seen if this first entry in a new five-part saga can catch up in the weeks ahead.

The sci-fi hit Arrival maintained a solid hold.  The trippy drama lifted another $7.3m from audiences while only dropping by 36%.  The film has reached $73m domestically and over $100m worldwide.  It is very possible the critical-darling will reach $100m in the U.S. before the end of its run.

Last weekend’s disappointment, Allied, dropped 44% for $7m in its second weekend.  The Brad Pitt-starring thriller has banked just under $29m and could now go as high as $50m.  It has so far grossed $53m worldwide against an $85m budget.  Meanwhile, Doctor Strange dropped to fifth place and suffered a decline of nearly 53% for a $6.4m take.  With $215m domestic and $635m worldwide, the Sorcerer Supreme has turned out to be another home run for Marvel.

Trolls remained in sixth place for $4.6m this weekend, and a 56% decline.  With tough competition the film has managed to raise its domestic haul to $141m and its worldwide cume to $296m.  The post-Thanksgiving frame was a bit kinder to Hacksaw Ridge, which of course saw another slim decline of only 38%.  Recently placed on AFI’s top ten list for 2016, the WWII drama earned another $3.4m and rose from ninth to seventh place.  So far the Mel Gibson-directed film has earned $57m domestically and $75m worldwide.

Bad Santa 2 had a lukewarm opening last weekend and has now fallen by 46% to $3.2m this weekend for a slim $14.2m total.  But its second weekend was at least stronger than new release Incarnate, a horror film from High Top Releasing, which only managed $2.6m over three days.  The film starred Aaron Eckhart (The Dark Knight) and was directed by Brad Peyton (San Andreas), but alas, December is notoriously terrible to horror films.  Incarnate may actually have some trouble recouping its marginal $5m pricetag.

Manchester by the Sea nearly cracked the top ten when it added 108 theaters this weekend.  The buzzy awards drama earned $2.3m and sported a healthy $15k per-theater-average for an early $4.4m total.  The Natalie Portman-starring Jackie also drew large crowds in five theaters this weekend, banking $275k total for a strong $55k per-theater-average.

With only one more weekend before Rogue One takes over, expectations are limited for upcoming releases Office Christmas Party and the expansion of the gun-control thriller Miss Sloane. 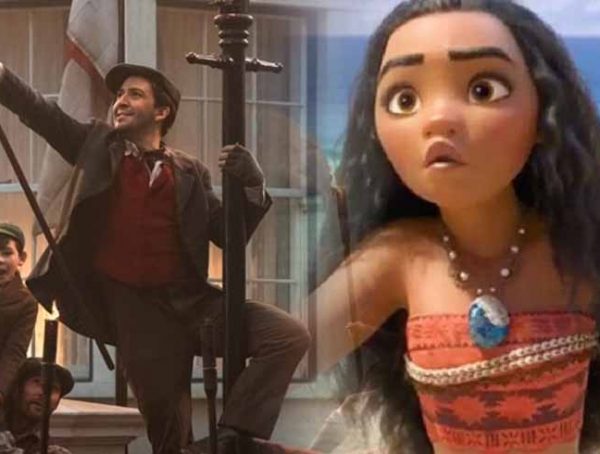