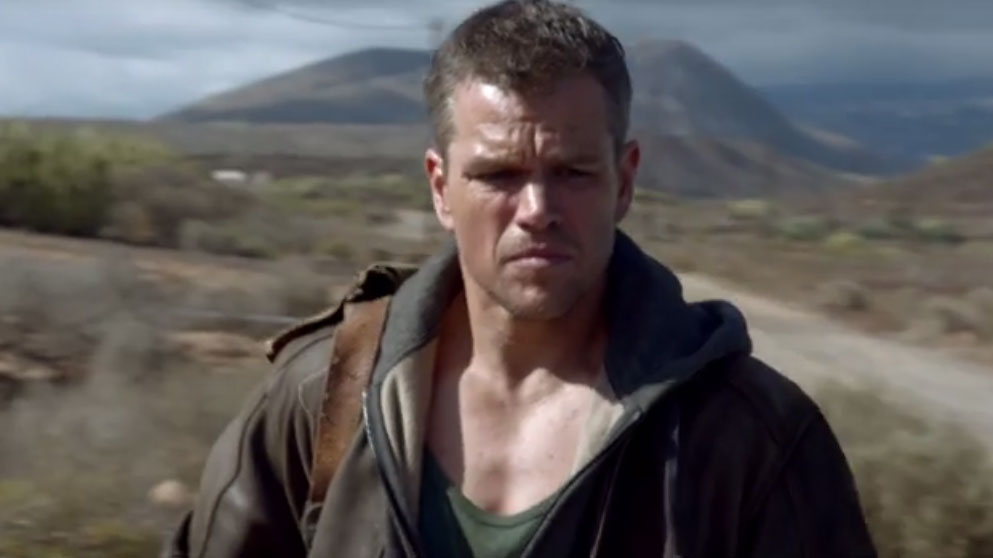 The box office sizzled this weekend with two strong debuts in the action and comedy genres.  Matt Damon once again showed off his star power in the franchise revival, Jason Bourne, while Bad Moms nailed a satisfactory debut as counter-programming.

One of the few superstars left in Hollywood, Matt Damon, anchored an impressive debut for his fourth round as superspy Jason Bourne.  The film marked the fourth collaboration for Damon and director Paul Greengrass, the fourth Jason Bourne-character film, and the fifth film in the franchise.  The series originally launched in 2002 with The Bourne Identity, with the original trilogy concluding in 2007.  In 2012, a Jeremy Renner-led spinoff kept the franchise afloat, but captured nowhere near the level of success achieved by the Damon-Greengrass collaborations.

Jason Bourne arrived nine years after The Bourne Ultimatum and earned a fantastic $60 million this weekend.  While the total falls short of Ultimatum‘s series peak of $69 million, the result is nonetheless a win.  Universal Pictures should be plenty happy with these results considering the length of time between the Damon-led installments.  Audiences award the film a solid ‘A-‘ Cinemascore, while critics were split.  The latest offering earned a disappointing 57% rating on Rotten Tomatoes, a far cry from Damon’s previous entries which all earned over 80%.  All things considered, Jason Bourne ultimately scored the second highest opening weekend of the five-film franchise.

Bourne’s success stole away much of the audience for Star Trek Beyond.  The sci-fi sequel fell hard this weekend by nearly 60% and banked $24 million.  This is a much harder fall than the 46% second-weekend decline of Star Trek Into Darkness.  Despite good reviews and praise from audiences and fans, this latest Trek is trailing its predecessors by roughly 27%.  Beyond has a running total of $105 million domestically, and $160m globally.

Enjoying a satisfactory debut in third place, Bad Moms scored $23.4 million.  The raunchy comedy has been generating some buzz this year as a potential breakout sleeper, and the opening weekend is a good start.  Hoping to find a run similar to Bridesmaids from 2011, STX Entertainment has found their largest opening weekend yet.  By next weekend the comedy could be the studio’s highest-grossing film overall.

The movie stars Mila Kunis, Christina Applegate and Kristen Bell. Considering the ‘A’ Cinemascore, they should carry this film in the coming weeks.  It’s just a question of how well this film will hold up.  Will it reach a more conventional $68 million, or can it climb to $140 million?  It all depends on how strong the word of mouth is.  Competition should be fairly light over the remainder of the summer, outside of next weekend’s juggernaut release of Suicide Squad.

In fourth place, The Secret Life of Pets had a great hold in its third weekend.  The family comedy dropped a healthy 38% to earn $18.2 million for a total of $296 million, and $395m worldwide.  From here it appears a domestic total north of $340m is possible.

Lights Out, this year’s horror sleeper-hit, conjured another $10.8 million from ticket buyers.  The film dropped 50%, which is pretty good for the horror genre.  The James Wan-produced feature has now banked $42.8 million against a budget under $5m, and has an impressive $63m worldwide.  Meanwhile, Ice Age: Collision Course wasn’t far behind again this weekend.  The domestic failure fell 51% to $10.5 million.  The Fox sequel has only managed a running total of $42.8m, meaning that a final haul of $60m is likely.  So far the film has earned $253.7m worldwide.

Ghostbusters fell to seventh place with $9.8 million for another decline over 50% this weekend.  Audiences clearly aren’t quite as enamored as Sony hoped, and its $106m total isn’t justifying the $144m pricetag.  The expensive remake currently sits at $158m worldwide, and certainly needs to climb higher.

Debuting in eight place, the Lionsgate film, Nerve, collected $9 million following a Wednesday debut.  The truth-or-dare teen-thriller earned so-so reviews following some solid online buzz.  While there was a slight chance of the film breaking out, its mild opening shouldn’t hurt too much.  The film is rumored to have a $20m budget.  The film has already mustered a $15m total and should clear $30m before the end of its run.

Finding Dory is still collecting dollars.  The animated smash from Pixar declined 41% to earn another $4.2 million for a $469m total.  While these numbers are massive, it does appear that the film may not top $500m domestically after all.  The sequel has amassed $830m worldwide.  Meanwhile, The Legend of Tarzan rounded out the top ten and tumbled by 63% this weekend to earn $2.4 million, for a total just under $122m.

Next weekend marks the arrival of one of this summer’s most anticipated films, Suicide Squad, the third entry in the DCU.  Distributor Europacorp hopes a few wads of cash will be left over as they debut the Kevin Spacey cat-movie, Nine Lives.  Check back next weekend!