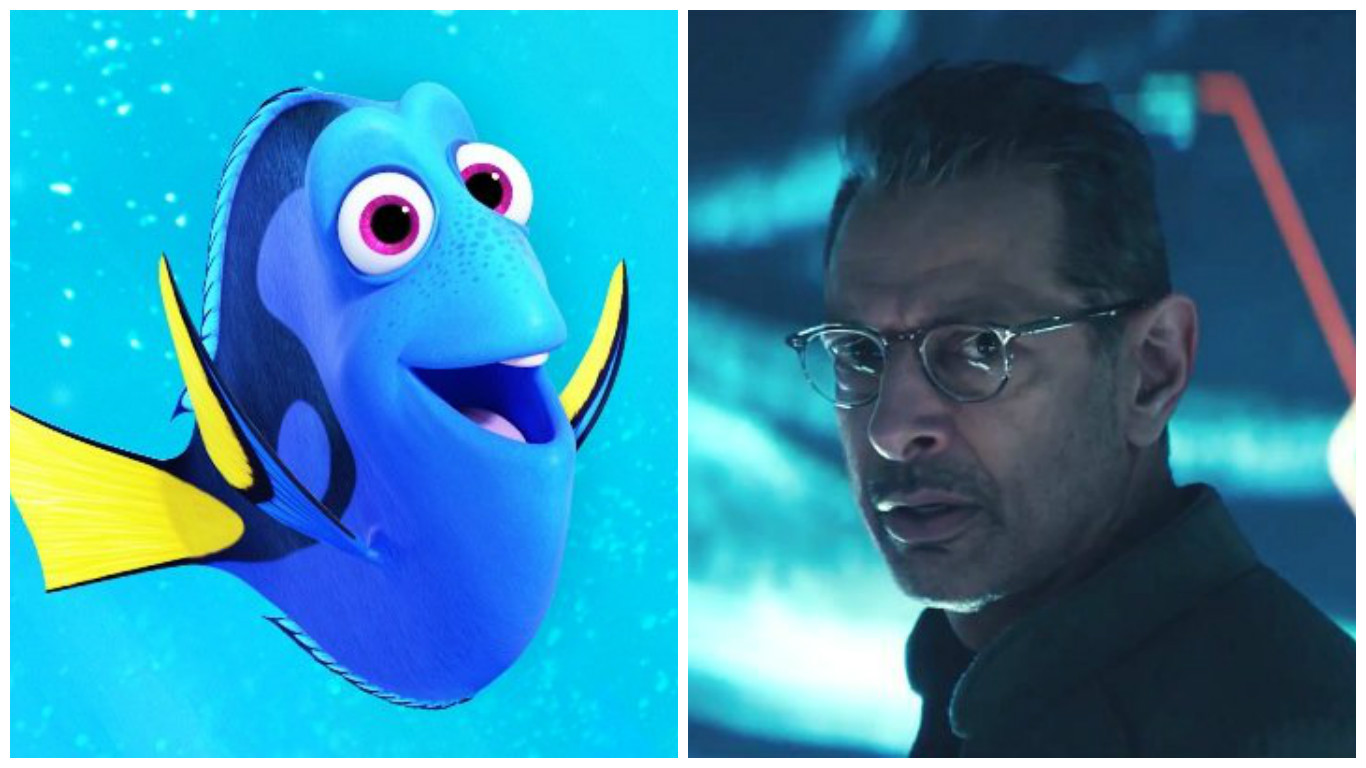 The weekend frame saw four releases enter the marketplace, yet none could even challenge Finding Dory. It has completely dominated theaters since opening two Thursdays ago.  The Disney–Pixar release easily held onto the number one spot at the box office, earning another $73 million over the weekend for a mammoth $286.5 million cumulative.

There is no doubt this sequel will be the highest grossing film in Pixar’s lucrative history, as well as the highest grossing animated film of all time (not adjusting for inflation).  $500 million-plus seems like a safe bet at this juncture, however, it will be interesting to see if it can top Finding Nemo in overall ticket sales – which would amount to $528 million in 2016 dollars. Nemo earned $339.7 million in 2003, with $380 million total following a 3D re-release in 2012.

The news was mediocre for Independence Day: Resurgence, the long-gestating sequel to 1996 global blockbuster.  The film was not screened for domestic critics in order to lessen the blow at the box office, and as expected, critics were very harsh on the movie – me included.  The film earned $41.6 million since opening on Thursday night.  Compared to the box office performance of its predecessor, these are not good numbers.  The original opened to a gross $96 million by the end of its opening week.  Resurgence did not even sell half that in the same time.  That’s bad news.

Keep in mind the marketing was somewhat of a failure, and critics also destroyed it.  Audiences that saw it gave it a so-so ‘B’ Cinemascore.  All of this considered, Resurgence did all right.  It was no Jurassic World by any stretch of the imagination, but it didn’t crash and burn like last year’s Fantastic Four reboot and the recent bomb Warcraft.  At least the Roland Emmerich-directed sequel has a shot at topping $100 million domestic.

Resurgence also earned another $101 million overseas which is a fine, if not electric, start.  Currently sitting at $143 million worldwide, the disappointing tentpole needs to hold on in the weeks to come to justify its $165 million price tag.

The Dwayne Johnson/Kevin Hart action-comedy, Central Intelligence, dropped down to third place for an $18.3 million weekend.  The crowd-pleaser should continue to have a decent hold and will eventually reach $100 million domestically.

In fourth place, The Shallows rode a wave of buzz and earned solid reviews to the tune of a $16.7 million opening weekend.  This was the best-case scenario for the Blake Lively thriller.  With a budget of only $17 million, the film has already earned back its price tag and should be able to top $40 million at minimum making a nice little profit for Sony.  That would allow it to beat other shark movies like Open Water (2004) and Shark Night 3D (2011).  The Shallows earned a good ‘B+’ Cinemascore.

In fifth place, The Conjuring 2 had a better hold than last weekend.  The horror film dipped 48% to $7.7 million for an $86.9 million total thus far.  The James Wan feature has also racked up an impressive $156 million overseas for a $242.6 million total worldwide.  Conjuring 3 is all but a guarantee at this point. 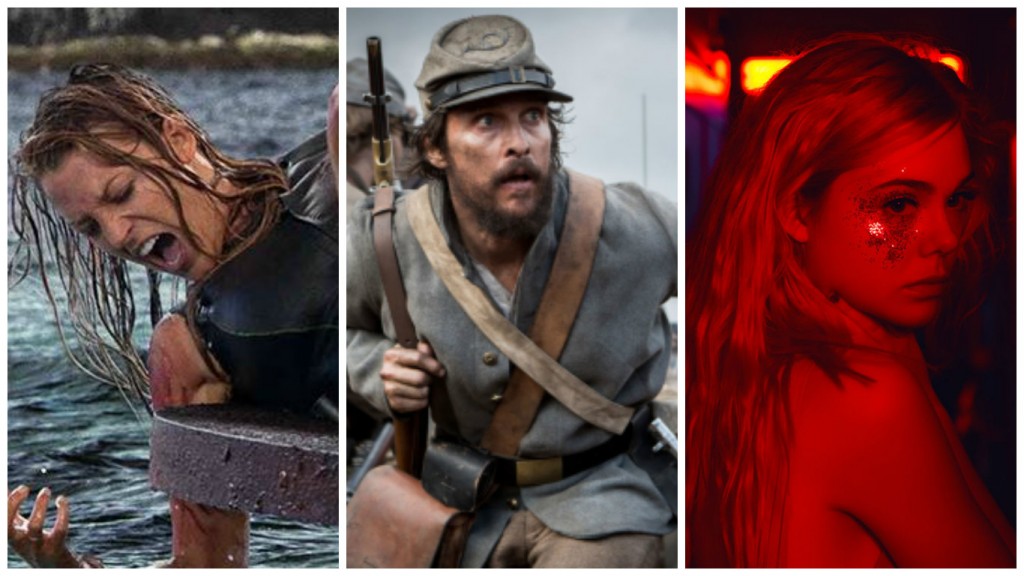 Free State of Jones, led by Matthew McConaughey, flopped this weekend earning a meager $7.57 million for a sixth place opening.  It’s a big failure for STX Entertainment as the production cost a reported $50 million.  Critics were not kind. That likely repelled the adult-skewing audience that would have been attracted to the Gary Ross-directed film.  However, Jones could recover somewhat if it can show some staying power in the weeks ahead.  Even though critics didn’t care for it, audiences awarded it a promising ‘A-‘ Cinemascore.

The Neon Demon also opened this weekend and failed miserably.  The niche horror film from Nicolas Winding Refn could only generate $606,594 at 783 theaters for a pitiful $775-per-theater average.  While GeekFeed.com’s own Greg Forrest enjoyed the film, it seems paying audiences weren’t interested.  The film earned mixed-negative reviews from critics.

This weekend sees the release of  The BFG, the action-adventure re-imagining The Legend of Tarzan and The Purge: Election Year.  You can find this weekend’s box office results below. 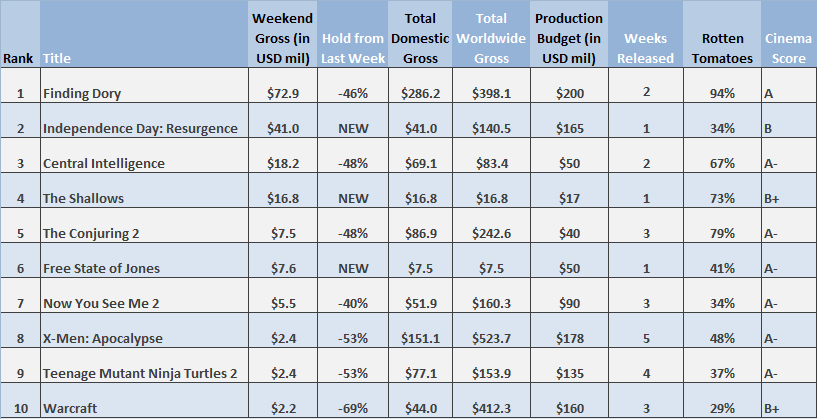