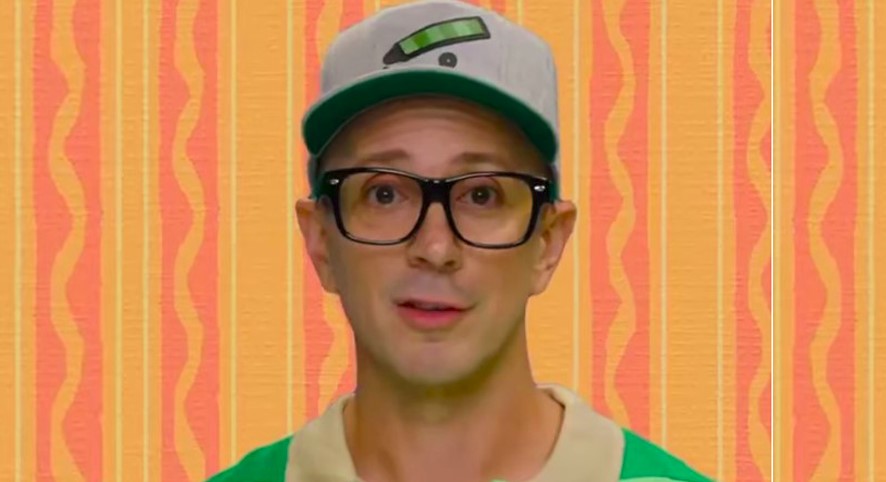 If you were a kid growing up in the 90s, there’s a good chance that you were watching Blue’s Clues on Nickelodeon; and though the show has already seen multiple changes in hosts, the original face of the show Steve Burns has come back to celebrate the 25th anniversary of the show.

So about that time Steve went off to college… #BluesClues25 pic.twitter.com/O8NOM2eRjy

Though the show is originally meant for kids, this message from Burns is obviously for the millenials who were watching the show when he was the host.  Besides addressing the sudden absence of ‘Steve’, Burns also takes time to talk about the audience and how they’ve grown over the years. His message goes:

“Look at all you have done and all you have accomplished in all that time… And it’s just… it’s just so amazing, right? I mean, we started out with clues and now it’s what? Student loans, and jobs, and families, and some of that has been kind of hard, you know? I know you know.”

To no surprise, the internet went emotional when Steve looked into the camera and said, “I guess I just wanted to say that after all these years I never forgot you. Ever. And I’m super glad we’re still friends…”

I LOVE this. It touches my heart to see Steve address the past and rekindle this friendship so many of us were a part of. Thank you. https://t.co/xEauonwuG6

This gave me a flashback from my childhood to my adult self. And I’m crying, my heart is grieving for those times I miss and cherishing them at the same time https://t.co/VUcoacnXde

Though Fred Rogers may have been the definitive children’s figure on television, Burns’ Steve has a special place in the heart of every 90s kid; and not just Burns, but other Blue’s Clues hosts like Joe (Donovan Patton) and now Josh (Joshua Dela Cruz).

You can catch the latest iteration of the show, Blue’s Clues & You, now on Nickelodeon.