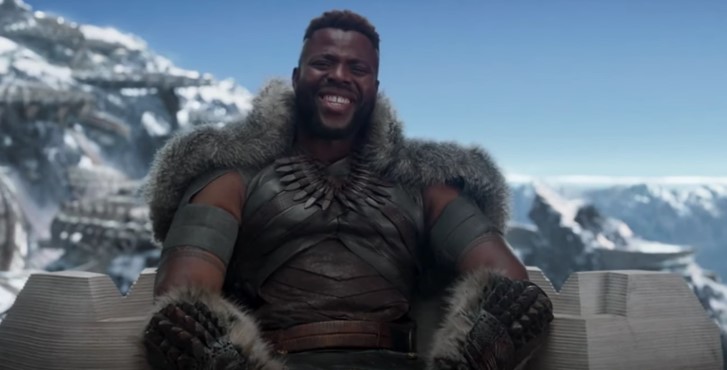 Multiple actors have made the jump from Marvel to Star Wars and vice versa, and now a familiar face from Black Panther wants to join a galaxy far far away.

Winston Duke a.k.a. Black Panther’s M’Baku made his public plea to join Star Wars after he saw Boba Fett’s gaffi stick and saw it looked like M’Baku’s knobkerrie. Duke writes, “ [I] think that means I should get to use a light saber…It’s only fair!”

If you want to get into details, the Tusken gaffi stick is actually based on the totokia from Fiji and it even has the pointed/prickly end; unlike the knobkerrie which just has a plain round end. That being said, I think Duke would make a fantastic addition to Star Wars if they should ever add him.

Just looking at the latest Star Wars material, it looks like Disney/Lucasfilm is trying to tread lightly when it comes to live-action Jedi, and we haven’t had an all-out lightsaber battle since The Rise of Skywalker. If I were to make my pitch, I would love to see Duke play a padawan either in the past or the future era of Star Wars; or maybe he can even be a non-Force user that wields a lightsaber—like Finn did in The Force Awakens. Either way, I think he’s a solid actor, and he deserves to have a great character if he should make that lightspeed jump.

He may not be in Star Wars (yet), but you can catch Duke in Black Panther: Wakanda Forever which comes out on Nov. 11.