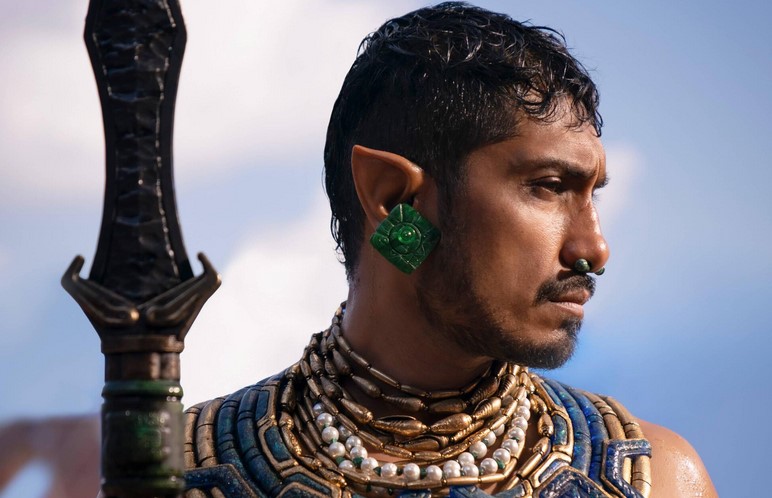 Black Panther: Wakanda Forever comes out his weekend, and besides the identity of the new Panther, fans are curious about incoming comic figure Namor played by Tenoch Huerta.

The movie is already rehashing Namor’s story by making him a rule of Talokan rather than Atlantis, and director Ryan Coogler goes on to talk about how he stands up against other figures in the MCU. Talking to Marvel, Coogler explains:

“[There’s] no equal in terms of his capabilities, being able to breathe underwater and breathe at high altitudes and walk around on land. He’s incredibly strong, he’s as strong as Thor, and if he’s around enough water he can be as strong as the Hulk.”

Of course, we’re not expecting to see Namor clash with any of those heroes in the film. The big clash with him is going to be with whoever the next Panther is going to be. Some guess that it would definitely be Shuri, but I’m guessing we could be looking at multiple characters taking on the mantle. What are the odds of Queen Ramonda being in the suit?

Going back to Namor though, the character has always been considered to be sort of a semi-antagonist, especially when it comes to matters of the surface world. Producer Nate Moore explains the character:

“Here is a man who believes 100% that he is the hero in his own story… He doesn’t see himself as a villain because in Namor’s eyes what he is doing he’s doing to protect a people who have already made it through a tragic history.”

It’s a shame we won’t see the clash of the two kings, but I have no doubt Coogler will still deliver a crowd-pleasing Marvel film.