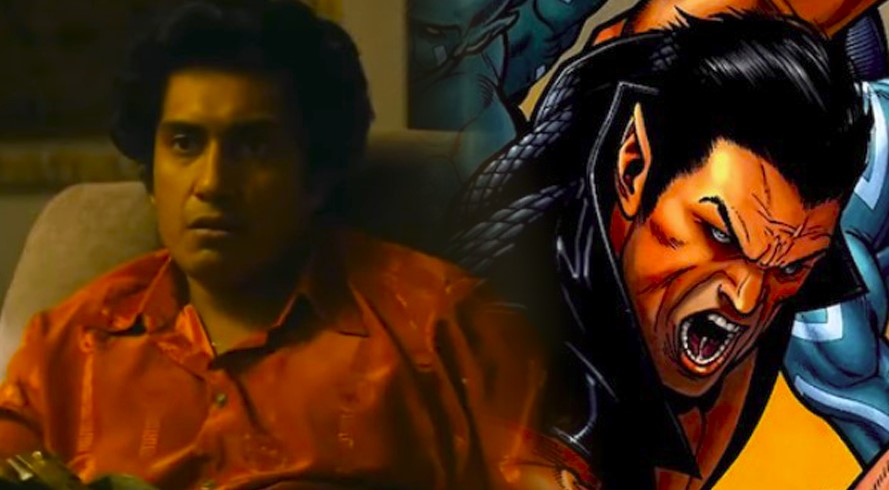 While we don’t have anything official from Marvel Studios yet, rumor has it that Namor is going to be making his debut in Black Panther: Wakanda Forever. We don’t have a trailer yet, but some promo art has supposedly revealed Tenoch Huerta as the MCU’s version of the Sub-Mariner.

This comes from insider Daniel Richtman:

We don’t know if this is official art yet, but it does look pretty legit. There is even a leaked photo of him complete with the winged feet from the comics:

that's a Greek thing, if you gonna go mexica go all the way pic.twitter.com/KmW9KLEap7

Admittedly, there is a lot of similarities with Namor and his DC equivalent Aquaman, but Marvel has allegedly made a lot of changes with the character that would make him feel like a distinct hero. For one, they’ve decided to lean heavily on his ancient Aztec influence, and instead of Atlantis, Namor is said to be a prince of an actual historically submerged city in Mexican culture.

With Wakanda officially opening its doors in the end of the first movie, it looks like the sequel could have T’Challa going up against another king of a hidden city. We don’t know how Namor could be different, but maybe he could be more hostile this time around. It would be pretty cool if they found a way to follow his comic origin and have him team-up with Chris Evan’s Captain America during WWII.

Then again, that’s just a pitch.