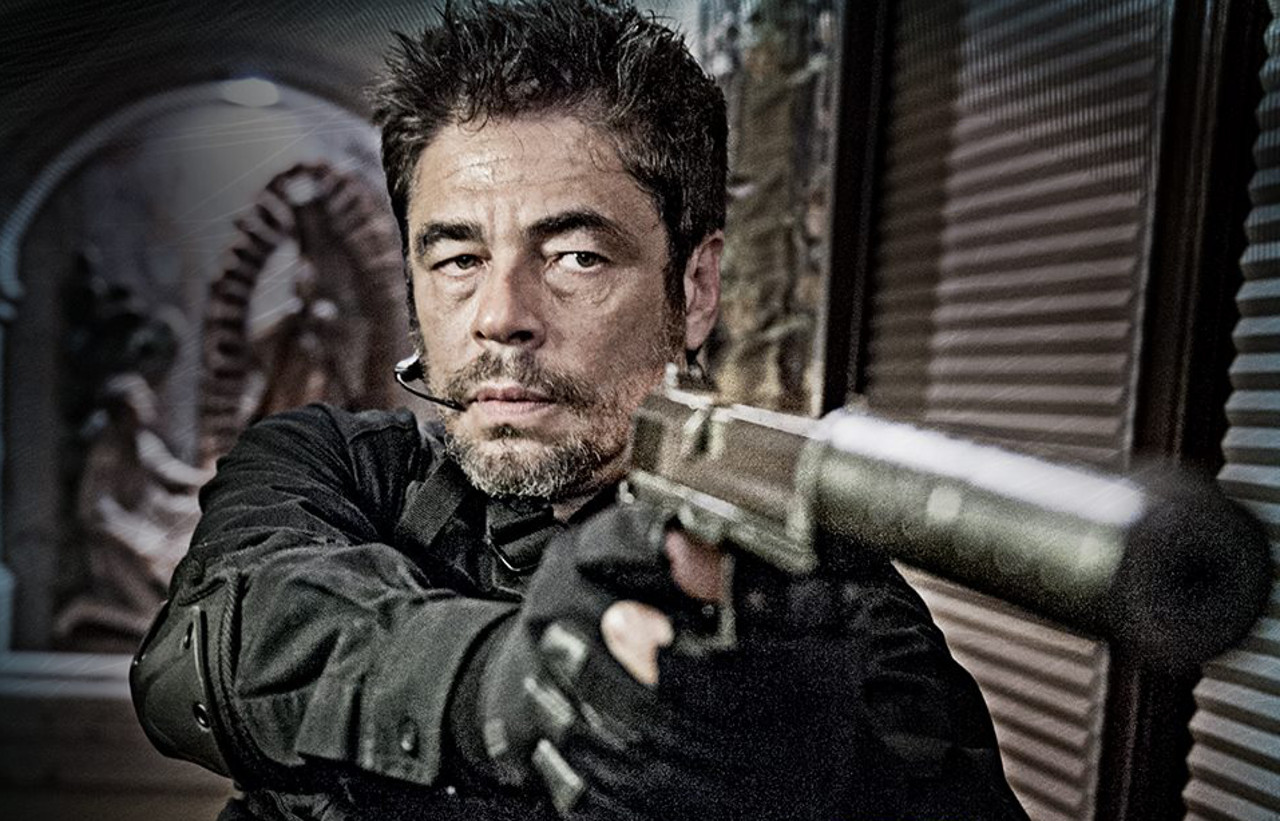 It’s been a quiet news front on Shane Black’s Predator reboot for the last few months.  Casting news has been sparse, and with production gearing up soon, fans have been clamoring for something substantial to feast on.  Fred Dekker, co-writer of the new film, confirmed via his Facebook that an Academy Award-winner may be taking a leading role in the new film.  None other than Benicio del Toro could be boarding the latest entry of the alien-hunter saga.  Referring to a Deadline exclusive, Dekker stated:

“Well, looks like the cat is out of the bag. I could not be more thrilled!”

The character-actor known for The Usual Suspects and Traffic (for which he won his supporting actor Oscar) has managed to latch on to some huge franchises of late.  He previously starred in Guardians of the Galaxy and will be seen in Star Wars Episode VIII next year, as well as the Guardians sequel.  The Predator franchise could be another hot ticket for the actor.  He also garnered a lot of attention for his villainous turn in last year’s critically-acclaimed Sicario.

While del Toro’s role is likely a lead, it isn’t a guarantee.  In fact, Dekker all-but-confirmed the actor’s involvement in the new film.  Keep in mind that he commented on an article stating the actor was “in talks.”  However, it’s safe to bet Dekker’s confirmation of talks suggests they must be close to sealing a deal if they haven’t already.

With production scheduled to begin within the next month, fans should expect more casting news to come flooding in soon, as well as some plot details.  As of now, little else is known.  The Predator is currently slated for a February 9th, 2018 release and will be co-written and directed by Shane Black (Iron Man 3, The Nice Guys).