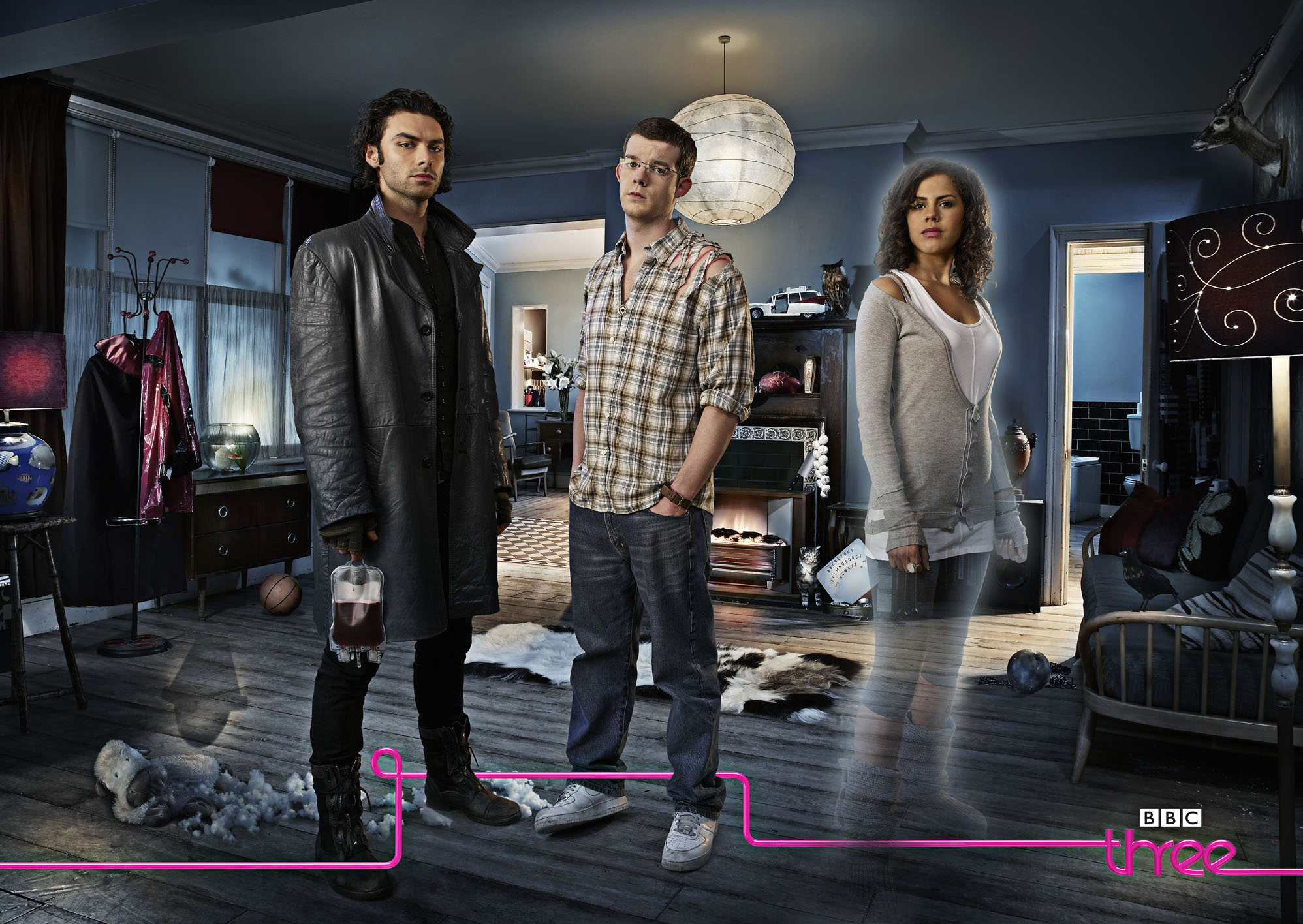 Aidan Turner, Russell Tovey, and Lenora Crichlow reunited for a panel at London MCM Comic Con this Saturday to talk karaoke, supernatural creatures, and whether they would ever return to the series.

Being Human’s final series aired in 2013, although all three members of its original incarnation left the show before the final season, allowing a new cast to take over.

Three years later, Aidan Turner, Russell Tovey and Lenora Crichlow entered the Gold Theatre of the MCM Expo to cheering fans, many of whom undoubtedly had one question on their lips – with the trio reunited, did this mean a return was on the cards?

“A special would be kinda fun, wouldn’t it? A Christmas special in hell,”

said Tovey, who played troubled werewolf, George during the first four seasons of the series. The suggestion prompted the eager crowd to erupt into cheers.

“Maybe it’s just a replica in the afterworld, and we all carry on to the next level,”

Although Being Human wrapped up all three character’s arcs with their deaths, when it comes to the supernatural, this doesn’t rule out their return. With the main cast’s backing, fans needn’t lose hope that the series could return one day.

This wasn’t the first time the cast had reunited since they left the show.

“A few weeks ago…we all went [to do] karaoke…John Legend, I discovered, I’m pretty good at.”

The actors seem to have maintained their chemistry since Being Human ended, with Aidan Turner, who played brooding vampire Mitchell in the series, making jokes throughout the panel. But what were their first impressions of each other, one fan wanted to know?

“Aidan was wearing a sweater, which had holes in, and it was bright yellow or blue or something…[I thought] what is this model doing? This isn’t a Burberry campaign…There were these two supermodels, and I was some little rat, sat there.””

Crichlow was quick to interject:

“The most beautiful rat I’ve ever seen in my life.”