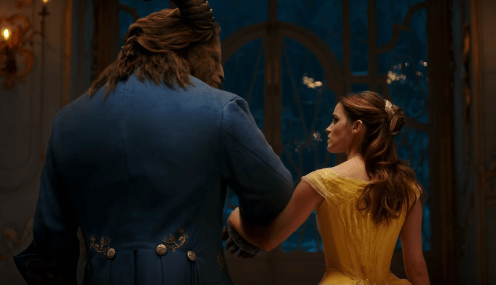 Taken on its own and existing within its own little hypothetical bubble, Disney’s 2017 live-action remake of their 1991 animated classic Beauty and the Beast is a good, possibly even great, musical. It’s very well cast, the $160M budget is definitely up on screen with terrific production values, Alan Menken’s songs are terrific (for the most part) and this tale as old as time is very endearing and heart-warming.

But 2017’s Beauty and the Beast, just like most remakes, does not exist in a bubble. It exists in the vast, imposing shadow of Gary Trousdale’s and Kirk Wise’s 1991 original, the first animated movie to be nominated for “Best Picture” at the Oscars and currently the only 2D animated movie to be considered for that honour. It’s considered one of the greatest movies of all time, and its iconography still holds strong 26 years later. It makes sense that with Disney finding success with The Jungle Book, Cinderella and Maleficent that Beauty and the Beast would be remade alongside them. However, the unstoppable juggernaut that is Disney may have bitten off way more than they could chew with Beauty and the Beast.

Yes, the iconography is present, most of the story beats are accounted for, the songs are there and it’s still a worthwhile film in its own right. Yet, I don’t think I will ever go out of my way to watch 2017’s Beauty and the Beast ever again. Why is this? After all, I still enjoyed the remake and in recent years Disney’s done a terrific job at remaking their classics. They took animated films like 1950’s Cinderella and 1967’s The Jungle Book, utilised the characters, motifs and iconography and built on top of those solid foundations. Kenneth Branagh’s Cinderella remake further examined its characters, expanded the narrative and handled its moral-centre significantly better than its predecessor. Similarly, Jon Favreau turned a rather simple adventure film into a spectacle-driven character piece about what it truly means to be a “man.” Branagh and Favreau added to the material with their remakes. 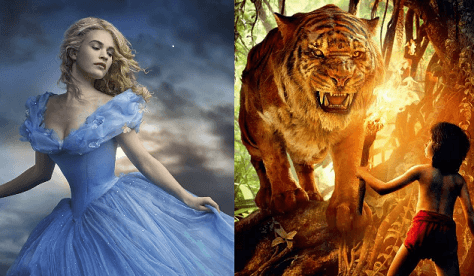 With Beauty and the Beast, director Bill Condon and Disney did not spend $160M (minus marketing and distribution) to tell a new perspective or further examine the characters or the plot. No, the budget only served to remind audiences of how great the original film was.

That’s not to say Condon and Co. don’t try to add to the source material, but the film’s narrative feels half-baked at best and baffling at worst. Take the opening of the film, for example. The original used the inherent abstraction from 2D animation to present a prologue through window-panes. Therefore, the first time we meet the Prince/Beast it’s through the perspective of Maurice and Belle who are the audience’s surrogates in the first act. In the remake, we get a clunky opening dance/song sequence, where we first meet the Prince in garish white make-up before being transformed into the Beast. It’s a prologue that wasn’t needed and it means we lose that sense of discovery from Maurice and Belle.

The film also tries to add to the father-daughter dynamic of Maurice and Belle. While Kevin Kline’s down-to-earth portrayal as Maurice is the single, solitary element that’s an improvement over the original film, the additional backstory with Belle’s mother does little to alter their interactions from the original. Once Belle has travelled to Paris through the magical book with the Beast, this character-development is practically abandoned, apart from a single call-back when Maurice and Belle are trapped in the back of the wagon.

Speaking of the magical book, it seems excessive from the Enchantress’ perspective to leave a magic mirror that shows you anything AND a book that will take you anywhere (surely you give the Prince one or the other, right?). Additionally, when Belle discovers her father is in danger and the Beast lets her go, why doesn’t Belle use the book to quickly get home? So we have a plot-device that doesn’t add anything to the central character arcs, while simultaneously creating a plot-hole. The magical book feels like a concept that would have been best left on the cutting room floor. 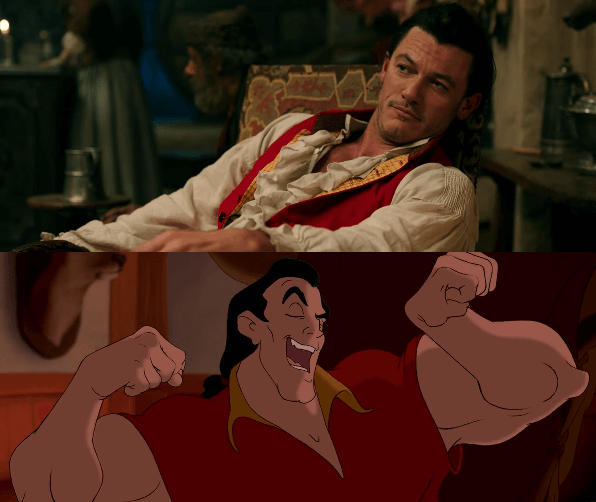 Let’s talk about Gaston, a character the filmmakers try to humanise a bit more by making him a war veteran. Exactly what “war” they’re referring to isn’t revealed; most character development in this remake is just artifice. At any rate, when he winds up tying Maurice to a tree with the intention of being eaten by wolves, he loses all that humanity. Even the 1991 Gaston would look at 2017 Gaston and go “Woah, buddy. Are you just going to murder that loony old man!?” But one brilliant, often neglected element of the original film was how the townsfolk become villainous unto themselves at the end. Their willingness to follow Gaston into battle shows the dangers of an isolationist culture. But because the background characters and supporting players are so poorly characterised in this remake, it just feels like a generic mob. The townsfolk in the original are so expressive and full of life because they were impeccably animated, but that visual characterisation is lost in translation into live-action.

There’s a few other story-related hindrances. For instance, the tacked-on backstory about the Prince/Beast having an abusive father, which is given so little screentime it adds up to nothing; the townsfolk suffering amnesia because they’ve forgotten about the inhabitants of the castle, which also adds nothing to the story. Even the new songs disappoint with original composer Alan Menkin giving the Beast a solo number with “Evermore,” but it’s really dull. Not only that, but it feels like a poor structural decision to have a slow song follow the recreation of the iconic ballroom sequence, where emotions are high and the pace of the song can’t maintain that peak. This ultimately causes the ending of the second act to grind to a halt.

But let’s expand on that ballroom scene, since it’s a perfect summation of Beauty and the Beast as a whole. It’s nicely shot, the glamorous costumes are a perfect visual recreation of the original and the music is wonderfully composed. But the way Bill Condon shoots the scene robs it of most of its power because about 90% of it is shot at either an extreme wide or a medium shot. There’s no intimacy to the scene, as the film seems too concerned with the scenery around the dancers and not the dancers themselves. There’s nothing resembling a character-moment in the remake’s adaptation of the sequence. No moment like in the original where the Beast gulps after Belle moves his hands onto her waist, no moment where Belle rests her head on his chest, no visual interaction between the Beast towards Lumière and Cogsworth who are cheering him on from the sidelines. These elements, in conjunction with the production design and the music, make the ballroom scene from the original such a terrific sequence yet they’re completely absent from its live-action recreation. The visuals are there, but the soul is missing. 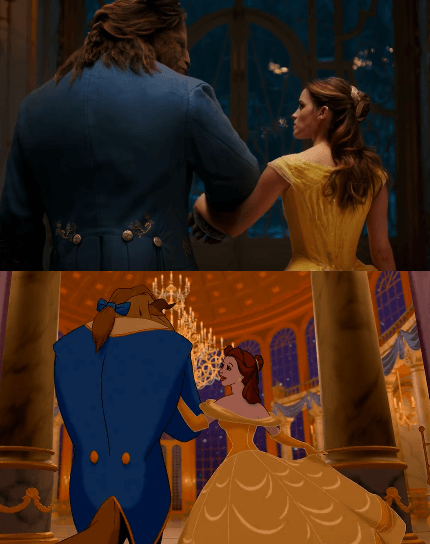 Visually and audibly 2017’s Beauty and the Beast hits the right notes, but it’s so concerned with reminding you of the original that it doesn’t take the additional steps to put you in that same emotional head-space. It’s all well and good saying that it shouldn’t be compared to the original. However, Bill Condon and Co. are so beholden to the original that it’s impossible to separate the two, whereas the remakes of Cinderella and The Jungle Book had affection for the predecessors, but did their own thing for the most part. The key difference is that Cinderella and The Jungle Book may be iconic and memorable films (especially when viewed at a young age) but they suffer in the story and character department. There was room to grow and expand from their foundations. Even 1994’s The Lion King has a 3rd act that just doesn’t make much sense and hopefully Jon Favreau will fix that in his upcoming remake. But 1991’s Beauty and the Beast was already near-perfect. No matter what Bill Condon and his creative team at Disney did, they wouldn’t be able to top the original, but that conventional-wisdom is exacerbated by them making questionable structural, character and narrative decisions on top of that. It’s disappointment on top of disappointment.

I don’t want any readers of this piece to walk away thinking the remake is without merit. As previously noted, Kevin Kline’s Maurice stands head-and-shoulders over the bumbling, eccentric inventor of the original. The C.G.I. is great, the performances are good, songs like Be Our Guest and Gaston are show-stoppers and the story hits some frequent emotional beats… Yet all of that was done in the original and done significantly better with a much tighter screenplay, and more character beats (despite being 45 minutes shorter… how is that even possible?). When I get older and have children myself, as a parent I’ll have to decide which version of these Disney films I show my kids first. I consider Kenneth Branagh’s Cinderella and Jon Favreau’s The Jungle Book to be the superior, definitive versions of their respective stories and they’ll be the versions I expose my kids to first (barring external factors, of course). The 1991 Beauty and the Beast, though, is still one of the greatest movies ever made and Bill Condon’s 2017 remake, with its baffling creative decisions, half-hearted narrative inclusions and faux emotional centre feels like nothing more than a colourful, entertaining footnote and I don’t see myself ever watching it again. Why would I when the original does 99% of it better with two-thirds the run-time? 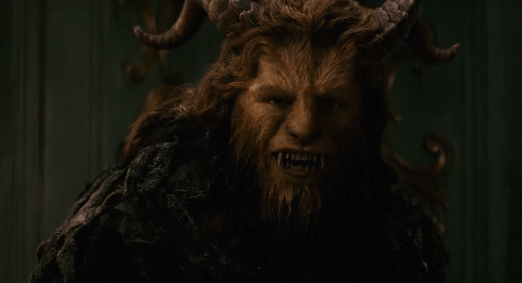