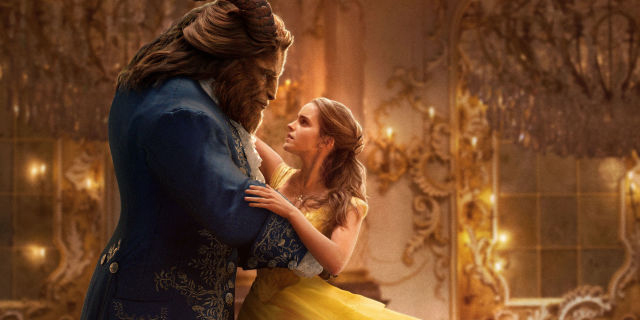 The knives were out when Disney began mining their archives for live-action inspiration, and not the singing and dancing style cutlery that you can see pirouetting around Ewan McGregor’s Be Our Guest spouting candelabra in Beauty and the Beast.

Maleficent was excused for attempting an alt-take on the Sleeping Beauty narrative. Cinderella excelled thanks to the sumptuous design and Lilly James. The Jungle Book silenced dissenters with some stunning technical bravura. And then last year’s Pete’s Dragon surprised everyone by soaring on the kind of heart and soul imbued in all of the studio’s greatest output.

Now we have Bill Condon’s iteration of the first animated film to be nominated for a Best Picture Oscar, and sadly it’s the closest thing to what we’d feared when these projects were announced. That doesn’t mean its bad, by any stretch of the imagination, it’s just so shot-for-shot, beat-for-beat safe, that the effect of the story’s magic is dulled.

If you’re amongst the tens of people unfamiliar with the story of Belle (Emma Watson), then you can add an extra star to the rating, and watch the tale of a young farm girl who dreams of much more to life than the provincial town, in which she skips around, book under her arm, bread in her pocket, songs in her lungs. This kind of progressive thinking marks her as an outsider for the simple minded folk, and makes her a courting challenge for boorish oaf, Gaston (Luke Evans).

When her father (Kevin Kline) is taken prisoner by a Beast (a CG smothered Dan Stevens), she swaps her freedom for his, and a life as captor in a magical castle, filled with Gallic candlesticks (Ewan McGregor), curmudgeonly clocks (Sir Ian McKellen), and a mother and son teapot and cup set (Emma Thompson and Nathan Mack). What she’ll also discover is that the castle is home to a curse, one to which she’s intrinsically linked.

From the second the recognisable Alan Menken piano theme tinkles over the Disney logo, you’re presented with an unavoidable familiarity that you just can’t shake.  There’s the clawed painting that echoes the iconic animated scene, Belle’s exchanges with the locals during her wonderful self-titled opening tune, and Gaston’s comically smug retorts during the reprisal. They’re faithfully recreated, effective even, but it’s like Disney by way of Gus Van Sant’s Psycho remake. You’ve seen it all before.

The Jungle Book tinkered with the formula, beefing up King Louie’s lyrics, and making The Bare Necessities a more subtle beast, but Condon’s film is unabashedly a trace around the original. When it does attempt to pad things out, it’s with largely forgettable original songs, which ultimately fall flat. The only new composition close to being memorable is For Evermore, which is belted out impressively by Stevens.

In fact, it’s the actors filling the roles we’re familiar with that proves to be Beauty and the Beast’s uptick in fortune. Emma Watson is an actress in sync with Belle’s own narrative drive, and she manages to exude a likeable confidence amidst the more pantomime aspects of the screenplay, elements upon which Luke Evans thrives as Gaston. If Watson and Stevens are meant to be the [underdeveloped] heart of the piece, then Evans is the adrenaline shot to said heart. Every time he’s onscreen, he adds wit and charm to a largely humourless palette, throwing himself into the role with Gaston gusto.

It’s also great to hear Ewan McGregor belt out a couple of tunes again. Your enjoyment of Be Our Guest might be a blur between nostalgia for 1991 and what the Moulin Rouge crooner does with it, but he injects real life into the wonky accented Lumiere. Equally, Emma Thompson makes Mrs. Potts her own, a tough task considering you’re stepping into the anthropomorphised ceramic spout of Angela Lansbury’s iconic turn.

The ‘Tale as Old as Time’ ballroom sequence is one of the few in which this reboot warrants existence, with the standing to attention of the hairs on the back of your neck unavoidable as the camera swoops, Watson’s dress bellows, and things are ‘ever just the same, ever a surprise’. You just wish it didn’t all feel as forced, and like it was going through the motions.

As lavish as it is slavish, there are some wonderful flourishes, Madame Garderobe (the cupboard) is a beautiful creation, and the inclusion of Disney’s first openly gay character is as admirable as the message of freedom and female empowerment on display, but Beauty and the Beast is the first of these remakes which cannot find its own identity.