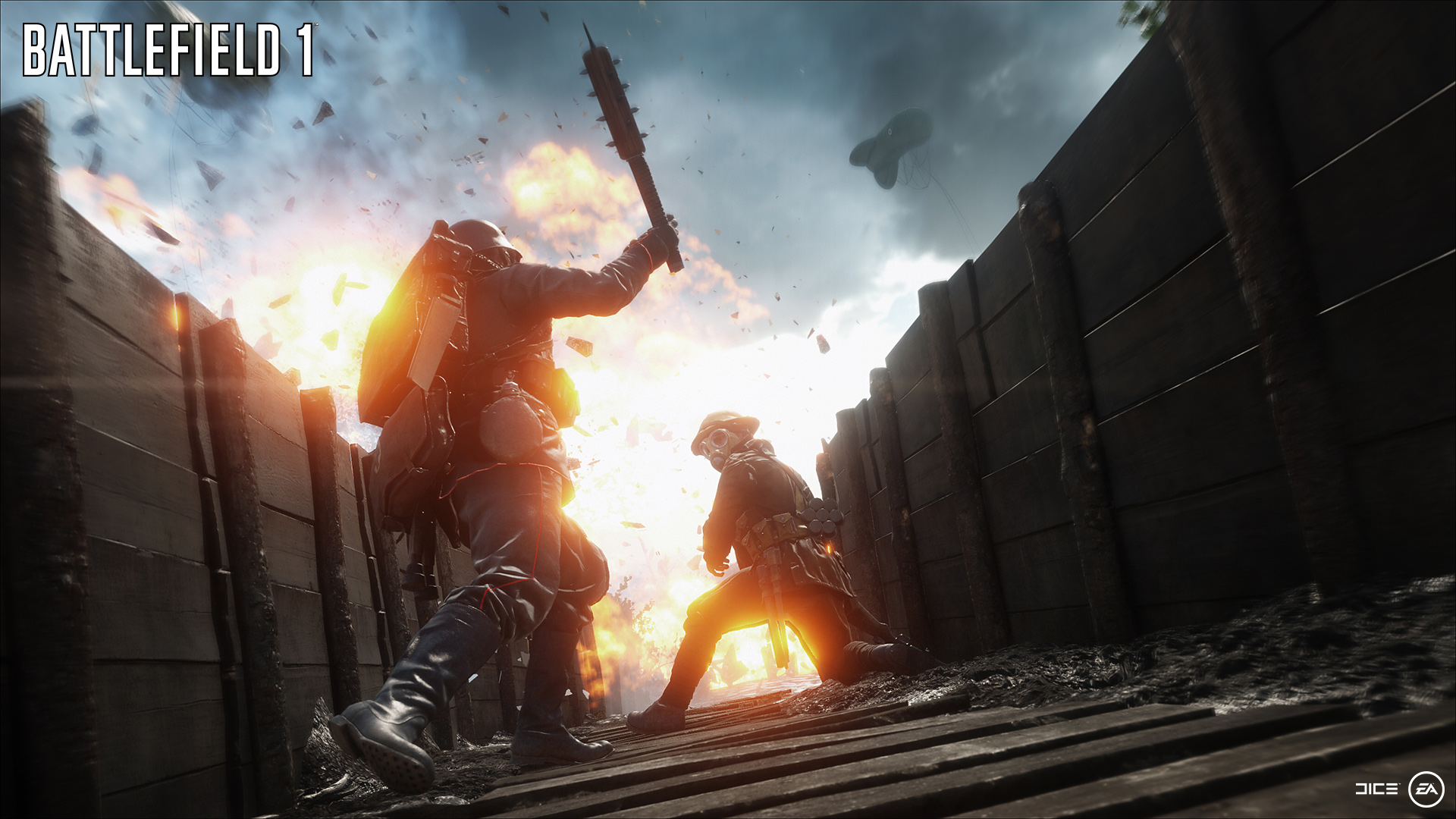 Ahead of EA’s E3 conference and a 64-player multiplayer live streamed match, a short teaser trailer has surfaced for Battlefield 1’s multiplayer. The trailer showcases supposed in-game footage of a chaotic World War 1 fight on the Xbox One, that sees a soldier bring a trench-raiding club to a gun fight. However, take that statement with a grain of salt until you see the game running, it gets thrown around a lot.

What Battlefield 1 will deliver on is high octane battles across expansive locations, if the previous games are anything to go by. Battlefield 1 is also set to focus a lot on melee combat both across its single-player and multiplayer components, likely to capture the brutality of WW1, a conflict EA initially feared kids didn’t know about. The teaser concludes with the promise that a new trailer will be revealed on 12 June, which is EA’s Play Event that kicks of with their E3 press conference.

Battlefield 1 is penciled in to release on 21 October with a beta planned prior to that.