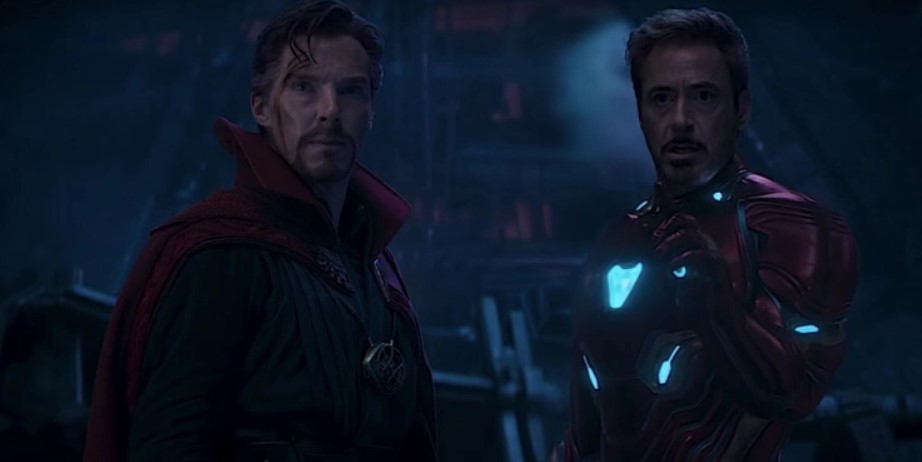 Avengers: Endgame is celebrating its 2-year anniversary, and while we seem to know everything about the movie already, we have a new BTS image of Doctor Strange putting on Iron Man’s armor.

This comes from ComicBook who got the image from writers Christopher Markus and Stephen McFeely during their Quarantine Watch Party of the film:

So, there were other versions of this rescue. Some were just too awesome (and long) to keep. But still, one can dream… #Infinitywar #QuarantineWatchParty -SM pic.twitter.com/ZToVfWpnHg

We have had concept art before of Doctor Strange and Iron Man exchanging gear, but we didn’t know that the movie actually went so far as to shoot it. We don’t know why the scene was cut, but it would have been awesome to see the switch, especially with Captain America being able to lift Mjolnir in Endgame.

I have a feeling they needed Strange to be helpless for a moment, so that Spider-Man can have his moment, save Strange, and give us the reveal of the mechanical arms on the Iron Spider suit.

For now, fans are still celebrating the achievement that was the last two Avengers films. With Game of Thrones and the Star Wars sequel trilogy stumbling at their finales, Kevin Feige and the Russo Brothers have managed to pull off one of the most anticipated blockbusters of all time, resulting in the highest grossing movie franchise ever.

In the midst of COVID-19, production for Marvel Studios has taken an indefinite hiatus. Phase 4 of the MCU was meant to start this May, but the current world climate has forced the studio to push back their premiere to November. Let’s just hope this extra time will lead to some great polishing of the movies.