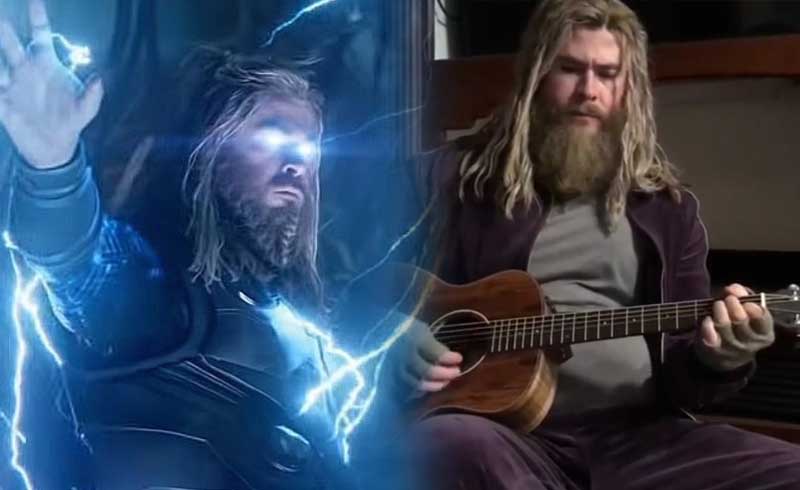 Though Thor’s weight gain was played for laughs in Avengers: Endgame, the Russo Brothers say that it’s a more accurate depiction of his depression. Thor spends the entire movie “chonky” and Chris Hemsworth just shared this BTS video of him playing Johnny Cash’s Hurt as fat Thor.

Not sure why everyone’s so worried about Thor, he’s fine guys…

While a lot of people were waiting on Thor to lose all the weight by the end of the film, the movie actually keeps him this way the entire time. The only time we really see Thor fit is during the 2012 sequences.

Personally, I think it’s great they kept him this way. With all this new “body positive” ideas going around,  I’m sure it might send the wrong message if Thor loses all that weight when he’s supposedly “fixed.” If anything, I’m excited to see his journey moving forward, with Thor leaving Asgard and finding out who he is for himself.

That’s probably the most realistic character arc in the MCU compared to Iron Man and Captain America.

For now, we don’t know when the Son of Odin will return to the big screen officially. Hemsworth himself has said he would be happy to be in Guardians of the Galaxy Vol. 3. While I’m expecting Gunn would have written him to have just a minimal role, I would love to see Thor try and get along with the Guardians, even for just one movie.

Catch Thor in Avengers: Endgame which is still in theaters.