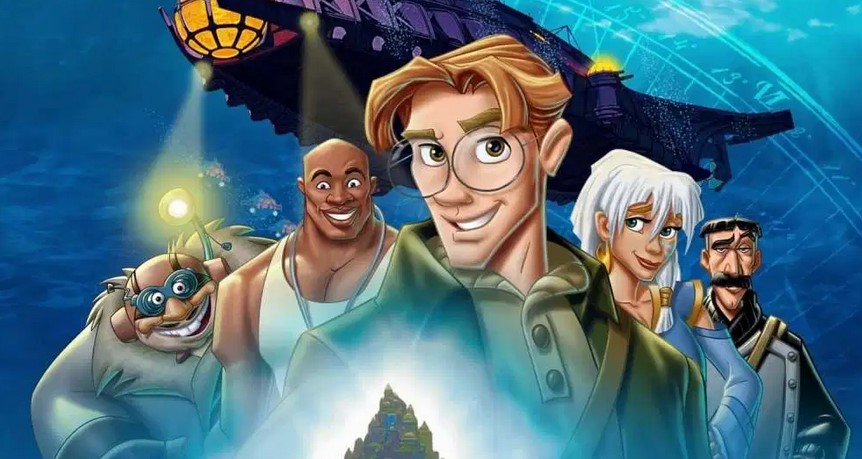 Atlantis: The Lost Empire came out back in 2001, and the film has since gotten some buzz because of a rumor going around that Disney is working on a live-action film. What’s interesting is, co-director Kirk Wise had teased what the original plans for the sequel were.

Apparently, before Milo’s Return was ever a thing, the Atlantis sequel would have featured a return to the hidden city. Wise shared to Collider:

“[Story supervisor] John Sanford, Gary and I actually concocted an idea for a sequel to Atlantis. It had no relation to the Atlantis TV series that was being developed at Disney Television Animation. This was a feature-length, full-on, full-blown sequel to Atlantis.”

“We were going to have a new villain in the story. The villain was going to be wearing big, scary, wool, bulky, World War I-style clothing with a frightening gasmask to obscure it’s face; a little Darth Vader-esque. And this villain was going to try and retake Atlantis and finish the job that Rourke was unable to accomplish. And the big twist in the climax of the movie is that the villain is unmasked and it turns out to be Helga Sinclair. Plot twist!”

While I do love the character of Helga, I think it would have been weird to reveal that she was the villain by the end of the film. If anything, she kid of redeemed herself when she decided to shoot Rourke, but that was just for her own selfish reasons.

I don’t know what the whole plot would have been about, but I would have just preferred the concept of Milo’s Return where the team tries to hunt down other urban legends and famous myths. Then again, that’s just my own opinion.

We don’t have any official update on the Atlantis movie yet, but hopefully Disney managed to capture the amazing visuals and feel of the animated film.