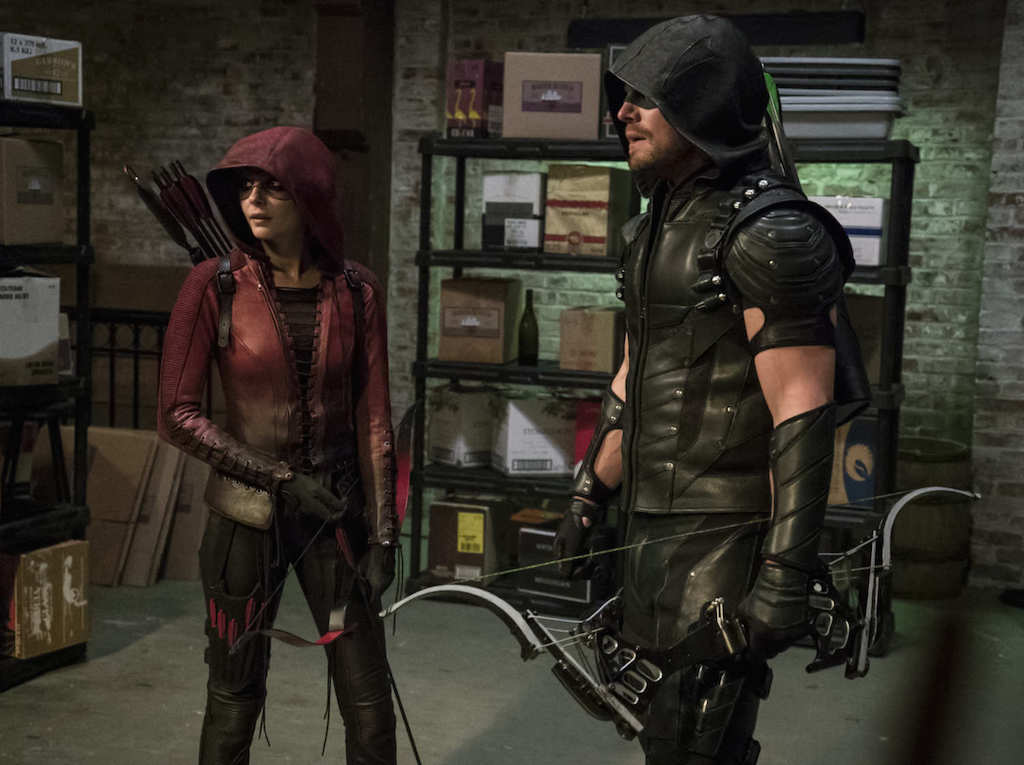 The Arrow writer’s room is already busy with crafting what’s to become of Season 5. According to TV Line, that process will introduce a new vigilante to Star City, perhaps to provide additional support to a downsized Team Arrow that’s set to face an “irresistibly charming,” yet threatening adversary. The character will star in a recurring role, as an individual the report refers to as “a cocksure/reckless ex-Marine turned vigilante.”

Star City is sure to need all the help it can get after barely surviving the near mass destruction caused by Season 4’s big bad, Damien Darhk. That same aid will have to be extended to the Green Arrow’s efforts, since we witnessed Oliver Queen get sworn in as the city’s Mayor. Showrunner Wendy Mericle spoke on this, too, noting that akin to Batman in the comics, “City Hall, that institution, is crucial to our series.”

Mericle also touched on the subject of the show’s flashbacks.

“It’s a very good possibility that we’ll finally find out how he got that Bratva tattoo and how he learned to speak Russian,” she said. “When Oliver says, ‘No one can know my secret’ and he kills that guy in the pilot, we’re going to get some insight into that.”

Interestingly, Season 5 may be the last we see of the flashbacks, since they were meant to serve as a glance into Oliver’s five-year stint away from home after being stranded on Lian Yu. Stephen Amell has hinted in past interviews that Season 6 flashbacks would likely have to be overhauled, and their structure altered. What that will entail won’t be worth guessing until after the show’s fifth year comes to a close.

Arrow, in all of its vigilante crime-fighting glory, returns Wednesdays this fall on The CW at 8pm ET.