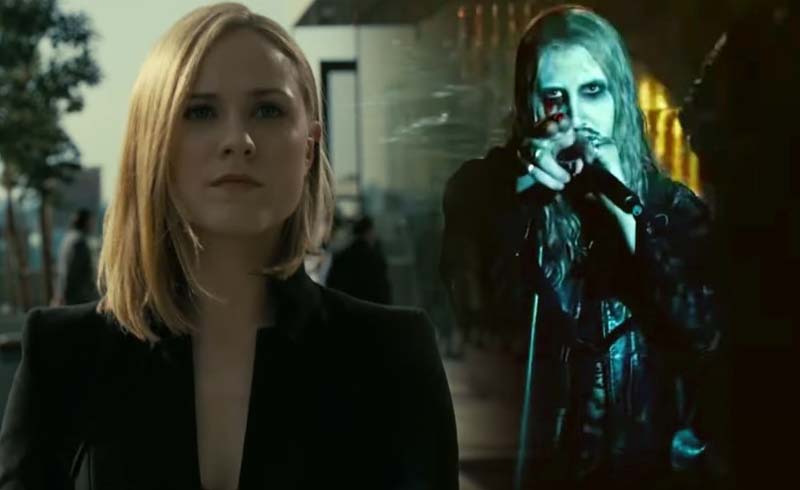 In light of the #MeToo Movement, Westworld actress Evan Rachel Wood has come out to reveal that she had been sexually abused by her ex-fiancé Brian Warner a.k.a. Marilyn Manson. Here is her post on IG:

With Woods (and multiple other women) exposing Manson online, multiple companies have been dropping their association with him, one of them being Starz, the home of American Gods, a show where Manson plays a recurring character. As Starz puts it:

“Due to the allegations made against Marilyn Manson, we have decided to remove his performance from the remaining episode he is in, scheduled to air later this season. Starz stands unequivocally with all victims and survivors of abuse.”

In American Gods, Manson played the part of Johan Wengren, who was the lead singer of a Viking death metal band called Blood Death; also a source of power for Mr. Wednesday/Odin. We don’t know what role Manson would have left for the series, but seeing that Starz is opting to remove him, it’s possible that his part isn’t so integral at all.

Besides Starz, Manson has also been dropped by his record label Loma Vista Recordings. Loma Vista had also released a statement ceasing their collaboration with Manson:

“In light of today’s disturbing allegations by Evan Rachel Wood and other women naming Marilyn Manson as their abuser, Loma Vista will cease to further promote his current album, effective immediately. Due to these concerning developments, we have also decided not to work with Marilyn Manson on any future projects.”

With multiple stars having already been cancelled since Harvey Weinstein, this case with Manson seems to be one that’s been long gestating, with multiple people deducing that it was Manson tha Wood was talking about in her testimony about sexual assault a few years back: