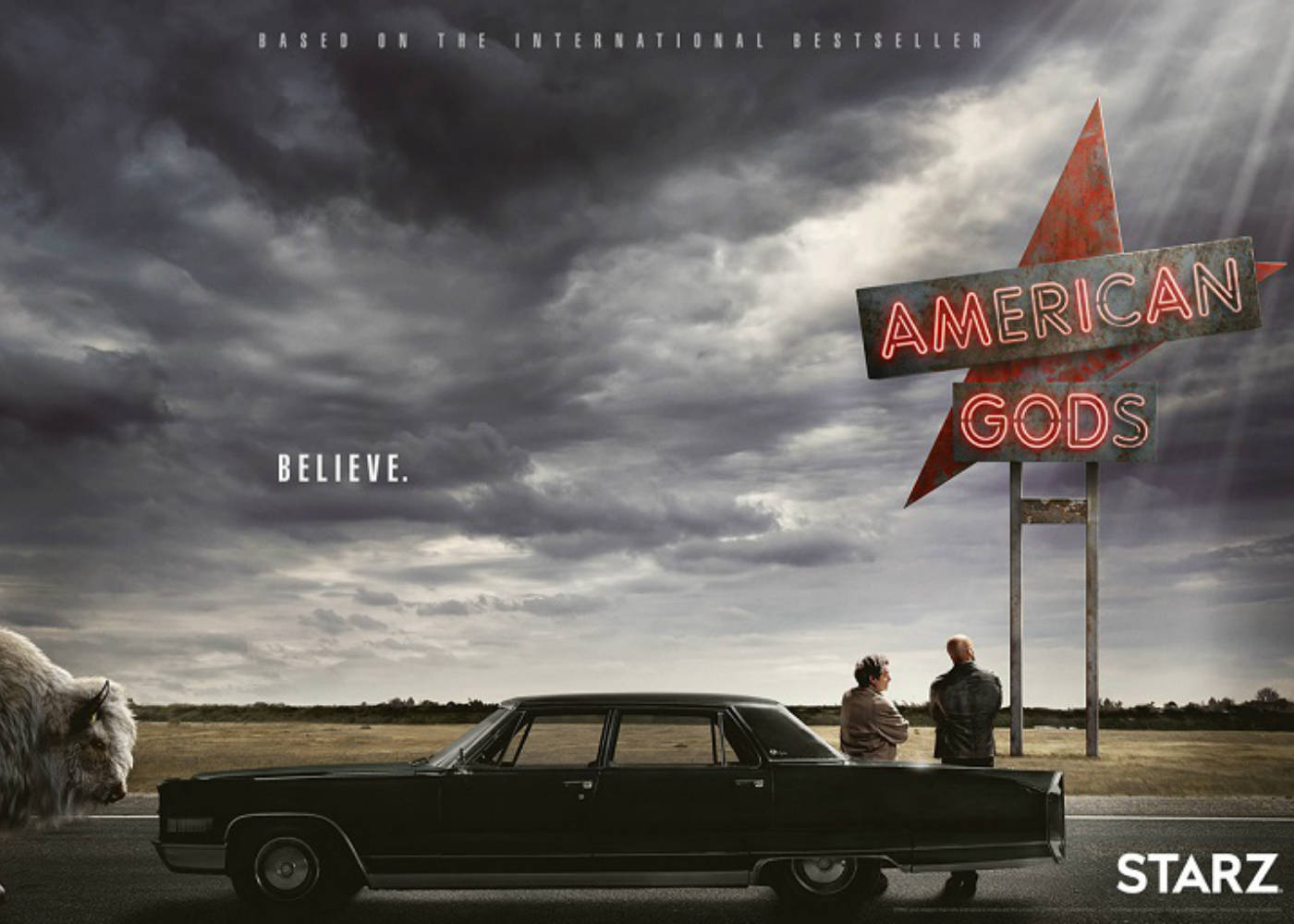 “You’re saying all this like I’m s’posed to know what you’re f*cking talking about”. That’s Ricky Whittle’s central character, Shadow Moon, towards the end of the first episode of American Gods. It’s also a handy projection for the audience taking in this adaptation of Neil Gaiman’s fantastical slice of Americana, because at times this is flaming-Bison-eyes, scratchy tree-face, 90’s Bjork video nuts, but it’s also pretty darn terrific.

Setting the tone from the off, we’re in flashback territory, as an as yet unidentified author tells a tale of a group of warriors stranded on an island of violent Gods. It’s layered, violent, and beautifully shot; think 300, but the Viking spin-off. We’re then yanked to the present day, in which Shadow Moon is close to release from a three-year stretch in prison, eager to get home and see the love of his life, Laura (Emily Browning).

He’s given an early release, the reason for which is the tragic death of Laura in a road-traffic accident. As he heads back home for the funeral, fate crosses his path with that of Mr. Wednesday (Ian McShane), a travelling con-man, who offers, or should we say, tricks Shadow Moon into a job as a flunky, but who seems to have a bit more of a grasp on his new employees destiny than he lets on.

Like a soft-metal music video from the year 2000, American Gods has a unique visual tapestry. It can take a little getting used to, but once you’re in sync with the musical cues, and the general glossiness of the aftershave advert vibe, you can start to enjoy these Gods at play.

Initially it feels like mood might smother characterisation; Shadow Moon doesn’t really do much beyond look stern as a substitute for grief, and it feels as though the people inhabiting the world are drawn with broad strokes, which admittedly match perfectly with the hyper-stylised look of the pilot. But once again, patience is required, for when you adjust to the fact that a character will be introduced as a Leprechaun (Pablo Schreiber of Orange is the New Black fame), with coins falling from the ends of his fingers, you soon feel comfortable in the world that Bryan Fuller (Hannibal) and Michael Green (Logan) have created.

It’s no coincidence that your investment in this first episode of eight arrives at about the same point Ian McShane comes on-screen. Here he is an absolute monologue monster as Mr. Wednesday, carrying that air of duplicitous uncertainty that he’s honed to perfection, and adding a sense of levity to something that could have been a bit too po-faced and full-of-itself without him.

The main thread of this episode focuses on Shadow Moon’s attempts to get back home, but we’re also teased with another ‘Somewhere in America’ sequence, in which Joel Murray finds himself in the middle of a sex-scene for the ages. It’s here that we’re introduced to Bilquis (Yetide Badaki), a God with a unique skill for regenerative de-aging that has to be seen to be believed. It’s the water cooler moment of the year.

Consider the fact we have to meet characters played by Crispin Glover, Gillian Anderson, Peter Stormare, and Kristin Chenoweth, and American Gods has the potential to be a sprawling, original piece of indelible television. The seeds have been planted.