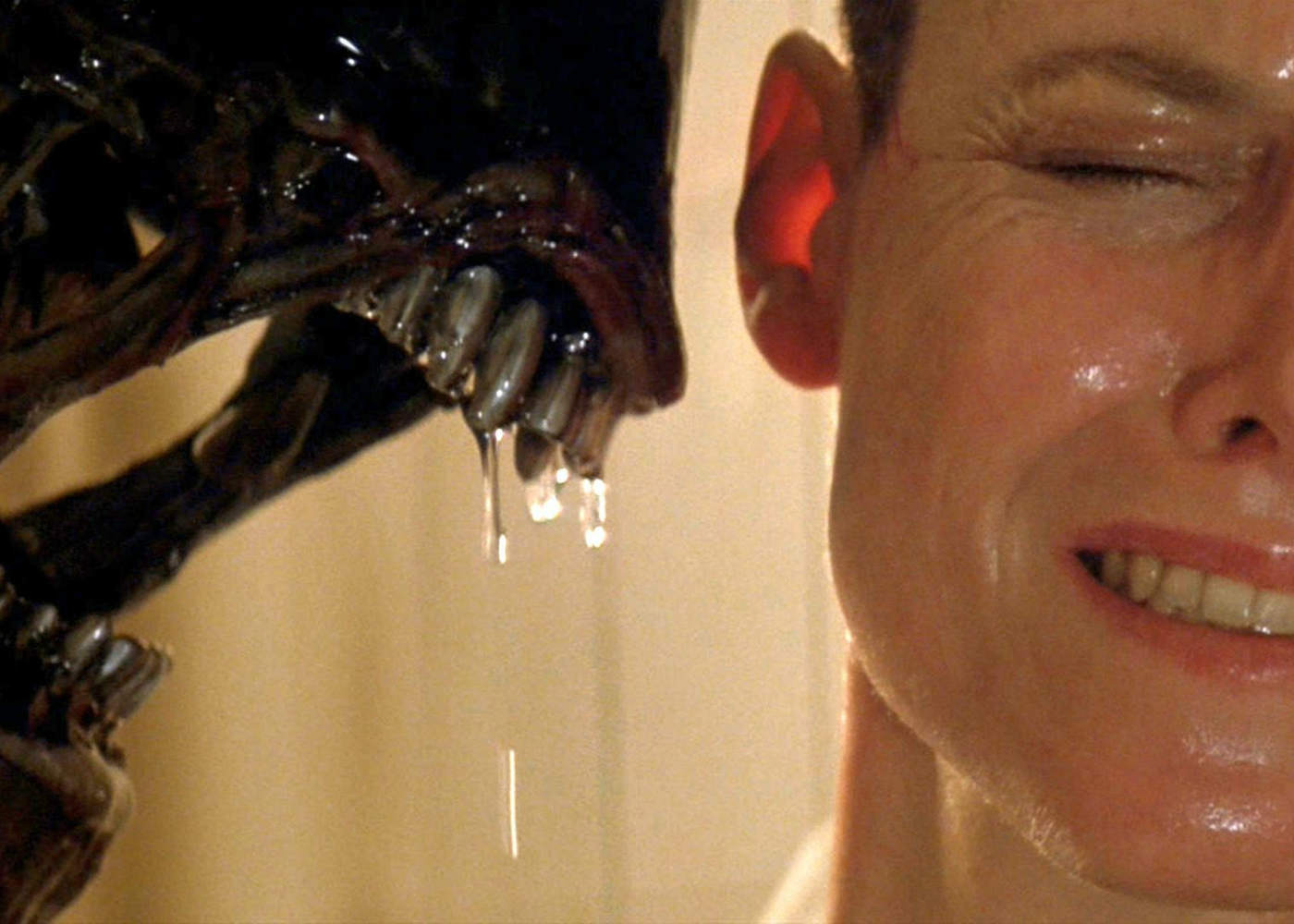 Now that we’re picking apart the wreckage of Alien: Covenant‘s relative critical and commercial failure, with the film set for a home entertainment re-evaluation , it’s time to take a look back through the mists of time to when this franchise had some credibility. Past the risible Versus Predator movies, beyond John Pierre Jeunet’s muddled Resurrection, to the year 1992. Wha? you might cry. What about 1986? you may scream. Now remember, in space, no one is going to hear that kind of noise are they?

Our destination is the maximum security prison of Fiorina Fury 161, and David Fincher’s Alien3. It is here, that fresh from battling the bitch in Aliens, and acknowledging the unavoidably crappy decision to off Hicks and Newt, Ripley (Sigourney Weaver) crash-lands on a desolate planet, bringing with her a monster more dangerous than any of the bald headed scum who already inhabit this world where the sun burns cold, and the wind burns colder. 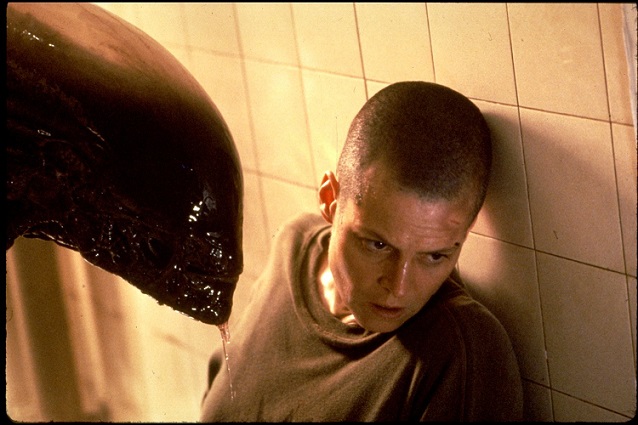 There are multiple stories about the tumultuous evolution of Alien3, from Vincent Ward’s take that it would be a wooden planet inhabited by monks, or the Aliens come to Earth idea that was hinted at during the finale of Resurrection. What we ended up with is akin to an amalgamation of them all, and something which should be praised for how it ambitiously steps away from a formula established by two classic movies.

Alien3 was not born into a cinema landscape in which there were two or three blockbuster movies opening every weekend clamouring for multiplex screens. It did open parallel with the much more successful Lethal Weapon 3, but films had more time to breathe back then. There was no need for 20th Century Fox to tweak a successful formula. Put a crew of diverse characters on a ship, add one xenomorph, stir in some corridors and fake blood, and splat, you have yourself another financially successful franchise instalment. For whatever reason though, the creative spark for Alien3 was one of change, and during a time when tedium is clearly apparent in the repetitive template of some current franchises, this was a refreshing approach.

Obviously, they regretted this as the production went off the rails, with interference and numerous fall outs with debutant director Fincher, but when the dust had settled, and with a reappraisal afforded by the passing of time, Alien3 turned out to be an ambitiously unique vision.

The complete antithesis of what had preceded it, the no guns of any kind stance might have been hard to swallow for an audience which had been hoping for a continuation of James Cameron’s warfare bug-hunt. Handicapping a protagonist who had escaped her previous encounter with the Alien Queen using a flamethrower and motherhood, meant that Ripley’s saving grace in Alien3 was still maternal, just of a different kind.

The impregnation of Ripley was a masterstroke. It added a ticking clock to the narrative, a vulnerability to the hard-edged warrior we’d seen at the end of Aliens, and it put her and the xenomorph on a level playing field. It facilitated the iconic head-to-head shot, followed by the jaw dropping realisation that Ripley, twice conqueror of this most deadly of foe, had seen that nightmare sequence from Aliens come true; she was mother to one of these things.

Ultimately it led to Alien3′s most divisive, but iconic moment, and there are many; the topsy-turvy POV shots during the ingenious cat-and-mouse finale, the impressive prosthetics used to bring Lance Henriksen’s android, Bishop, back to life, any number of times the Alien, now with canine features to accentuate the speed at which it moves, plucks a member of Britain’s finest (Pete Postlethwaite, Brian Glover, Charles Dance) off their feet. No, we’re talking about the moment in which Ripley makes the ultimate sacrifice in order to stop Weyland Industries getting hold of the xenomorph.

The special effects might be a tad on the shoddy side, probably due to the fact that FOX simply wanted to get this mess in the can and off their hands, but the impact of the moment isn’t diminished. It’s a dignified and empowering scene, with arguably the strongest female character in cinema history (Sarah Connor in Terminator 2: Judgement Day will have to deal with her fate as runner up), taking ownership of her destiny. That was twenty five years ago, and we’ve only just had a female driven superhero flick with this years Wonder Woman. That alone makes this franchise, and in particular, the third instalment, worth revisiting.

There are multiple versions available, and although Fincher ultimately washed his hands of the entire debacle, graciously talking about it very little in the subsequent years, he never really got to present his vision. There was an extended version released, entitled The Assembly Cut, which attempted to restore the movie to something resembling what the Fight Club director had intended, but as with most of these amendment re-releases, it added little to the film.

A scuzzy, threatening, character driven Sci-Fi blockbuster, which the scars of its production as visibly deep on the final film as those the Alien inflicts on the tattooed inmates. It’s somehow part of the aesthetic and appeal. If all you remember of Alien3 is the critical mauling and a viewing laced with disappointment as a result of high expectations, then give it another go around the dizzying corridors of Fury 161. It’s better than Lethal Weapon 3.