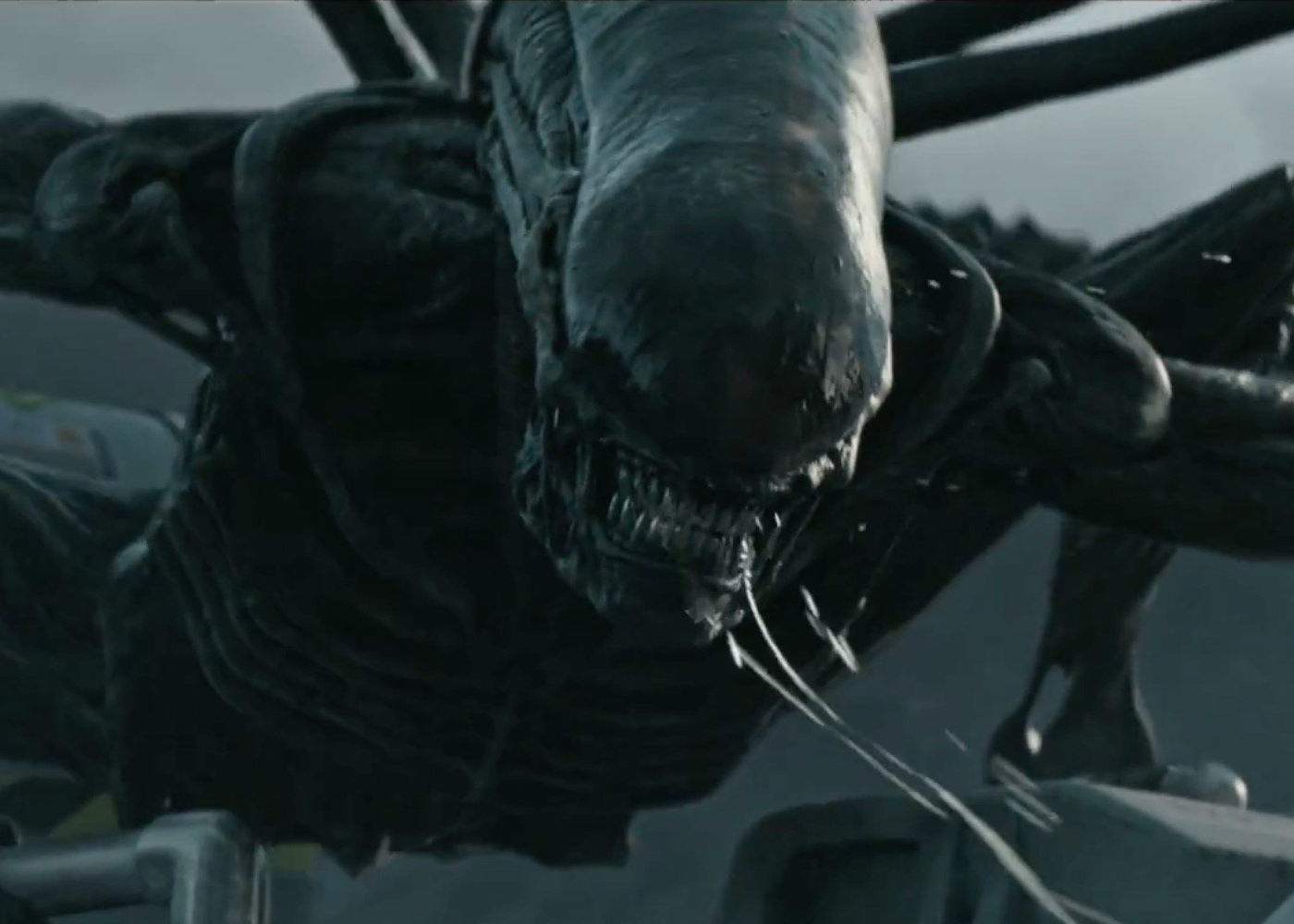 In a tight box office race, Ridley Scott’s Prometheus sequel/Alien prequel, Alien: Covenant, squeaked past Guardians of the Galaxy Vol. 2 to take the box office crown despite a debut slightly under expectations.  Meanwhile, teen drama Everything, Everything enjoyed a solid opening, and Diary of a Wimpy Kid: The Long Haul paled in comparison to its predecessors.

Anticipation was there for Ridley Scott’s third round in the Alien universe, and despite a number one opening, it is hard to be too excited about a $36.1 million opening for the Prometheus follow-up.  Prometheus certainly ‘alienated’ some fans of the original films, and so Scott proceeded with a film the finally reintroduced the classic alien back into the series.  Covenant has earned solid reviews that are on par with Prometheus, but opening night audiences only gave it a ‘B’ Cinemascore.  To put this into perspective, Covenant opened to a lot less than Prometheus‘ $51m.  In fact, the film opened even less than 2004’s spinoff Alien vs. Predator ($38m).  Worldwide the film has earned $118m, so far, against a $97m production budget.

Other openers included Everything, Everything, which found a sizable audience this weekend.  The drama earned $11.7 million for Warner Bros. and MGM, powered by a sizable female audience (making up 82% of ticket sales) and a great ‘A-‘ Cinemascore.  The $10m-budgeted production may end up as a very profitable sleeper hit this season.

Finally, Diary of a Wimpy Kid: The Long Haul suffered a disappointing debut of a $7 million, a far comedown from the previous three (THREE?!) entries.  The previous trilogy opened each consecutive year starting in 2010 and enjoyed opening weekends in the $14m-23m range.  The Long Haul is a reboot of the franchise with new actors and opened after a  five-year hiatus from the last installment.  If Memorial Weekend doesn’t provide a decent hold, the $22m-budgeted production could be in trouble.

Next weekend, Pirates of the Caribbean: Dead Men Tell No Tales, allegedly the final installment of the franchise, opens against Dwayne Johnson’s comedic muscles in Baywatch.