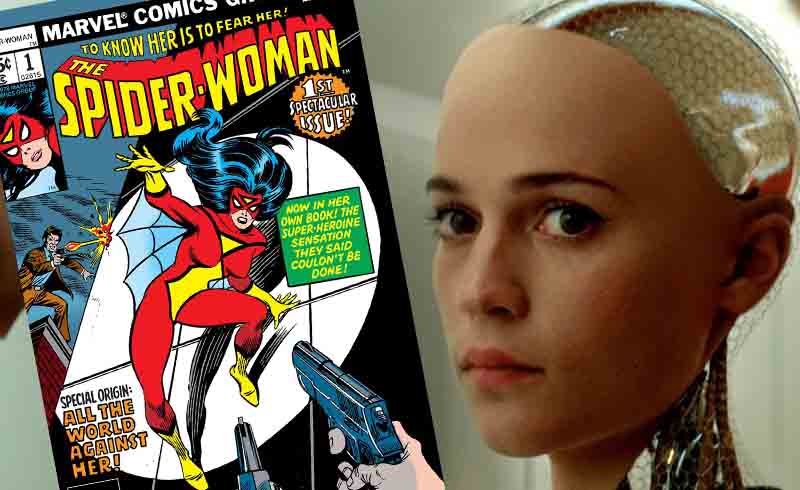 With Sony striking a new deal with Disney, it looks like they’re pushing forward with their Spider-Verse apart from the MCU. Rumor just had it that a Spider-Woman movie is set to come out in 2021, and what’s more, Sony actually has someone in mind to play the part.

According to The Illuminerdi, Alicia Vikander (Ex Machina, Tomb Raider) is being eyed to play the part of Jessica Drew a.k.a. Spider-Woman. We don’t have any official confirmation on that yet, but it kind of makes sense, seeing that Vikander is pretty young, and she could probably bounce off well with Tom Holland’s Spider-Man.

In the comics, Jessica Drew’s origin may be kind of messy, but one of the most prevalent elements of her story is that she used to work for HYDRA. We don’t know if Sony will be able to use the HYDRA name when it comes to the Spider-Verse, but seeing as they chose to share Spider-Man with the MCU, it wouldn’t hurt for Marvel Studios to return the favor.

If anything, I’m hoping they do a complete overhaul of Jessica’s character. The great thing about her is that she’s obscure to the general audience, so they can add whatever they want to her story. Hopefully they pull off another Miles Morales, because they managed to make Miles his own thing in Spider-Man: Into the Spider-Verse.

No release date has been set for the Spider-Woman movie, but it’s speculated to be the unannounced Sony film coming in Oct. 2021. The next Spider-Verse film, Morbius, hits theaters July 31.