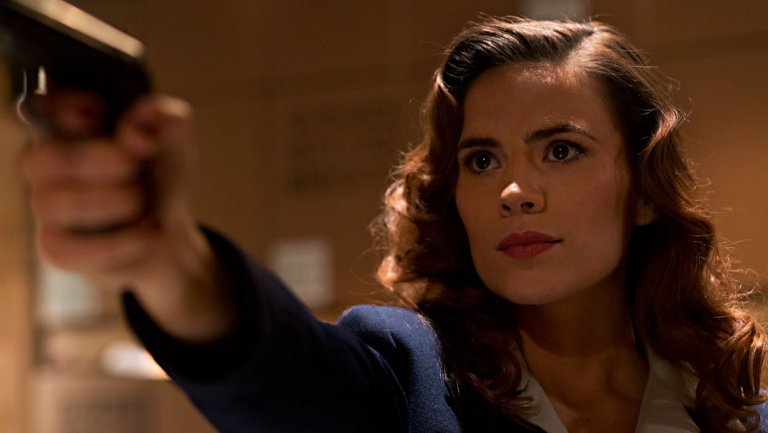 In the weeks since ABC‘s cancellation of Agent Carter, the campaign to bring the series to a different outlet, such as streaming services Netflix and Amazon Prime, has shown little sign of slowing down. In fact, the campaign has recently gained momentum, as three of the show’s stars have now expressed their sadness over the cancellation, and the petition to bring the series to Netflix has now gained over 100,000 signatures.

There had previously been speculation that the show had been cancelled due to Hayley Atwell  (Agent Carter) being cast to play the lead role in ABC‘s new pilot, Conviction, which has now been picked up to air later this year. Fans believed this new commitment would mean Atwell would no longer have the time for Agent Carter. According to a Twitter user attending MegaCon, these rumours were put to rest by Atwell herself, when asked during a Q&A, if she would return for a third season of the show.

“Yes. One hundred percent. I love Peggy,” Atwell said. “I love the people working on this project… [it would be] a privilege and honour to bring her back to the fans… I’d shoot on the weekends. Blue serum. Whatever it takes.”

“You guys have just been amazing for supporting us and watching the show and loving it… I’m sorry it got cancelled, I feel like we’re kind of letting you guys down.”

Most recently, Dominic Cooper, who played Howard Stark in the series, added his voice to the discussion when a fan asked him about Agent Carter during a panel for the new AMC series, Preacher, in which Cooper stars.

“It’s been wonderful, and I know that Hayley [Atwell] and James [D’Arcy, who played Edwin Jarvis in the series] both feel the same, that the fact that people have got behind it, and people want to see a return, means a huge amount to them. What’s wonderful about Amazon and other streaming sites is that whereas this may have been the end of the road completely, now there’s hope that it might not be. I’d be well up for doing more Howard Stark, and I know that [Hayley and James] be well up for doing more of their characters. So fingers crossed.”

Atwell’s latest series, Conviction, is due to begin in the fall, and will see Atwell portraying a very different type of character than we’re used to. You can watch the trailer for the series here.