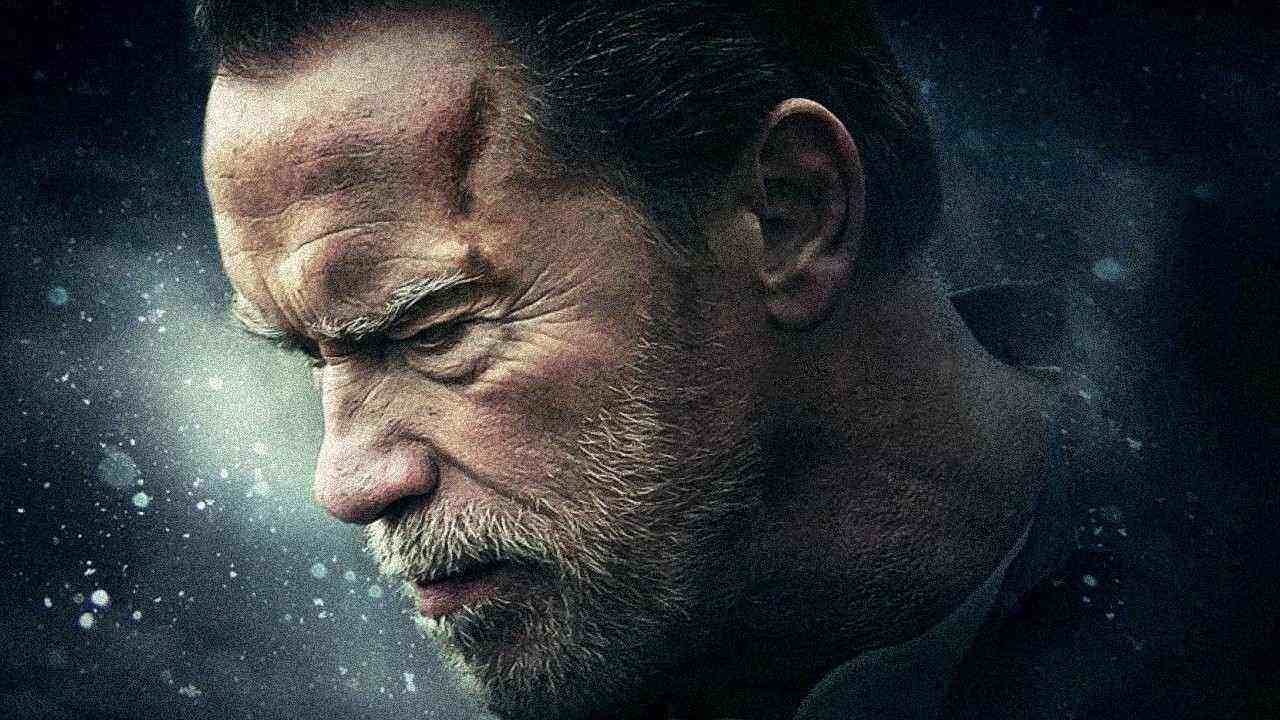 Stories of loss and grief like the Darren Aronofsky-produced, Aftermath, can easily manipulate audiences in just the right way, and often do, even when the story is only moderately well-told.  I found myself caught up in the critical bomb Collateral Beauty just recently, despite the film’s questionable machinations and disastrous reputation from reviewers.  I was ultimately still moved by the film because of Will Smith’s honest performance and the film’s (contrived) exploration of grief.

The drama Aftermath, a fictionalized account of true events from a 2002 dual-airliner collision, centers on Roman (Arnold Schwarzenegger) arriving at the airport to bring home his wife and his expecting daughter.  He is soon told that the airplane did not arrive – and never will.  Roman is blindsided by the immediate loss of his family and sent home.

The drama shifts to Jake (Scoot McNairy), an air-traffic controller on duty that evening responsible for the safe landing of multiple planes  – including the one holding Roman’s family.  His perspective of events presents an empathetic one in which he is left on his own with multiple radio calls and downed phones creating a wave of confusion that allows for tragedy to strike.  Upon his realization that a brief mix-up caused two planes to collide, he becomes an enemy of the people and slinks into personal exile from his wife (Maggie Grace) and son.

Aftermath examines how two different men caught up in grief will respond, and whether or not they will ever find life again.  Arnold Schwarzenegger returns to familiar territory, but explores greater depths here than he has in his entire career. His 2002 thriller, Collateral Damage, explored the same basic premise of his character losing his wife and son in a tragedy seemingly caused by a particular man, but that film was more of a commercial actioner.  Aftermath is instead a dual character-study indie, and a true risk for Arnold.  If 2015’s Maggie was a taste that he may have more range than anyone has ever given him credit for, then Aftermath really illuminates how serious the former governor is about stretching his abilities.  Arnold’s quiet rage of a performance won’t win him an Oscar, but it is yet another step in the right direction for a former action superstar.  When other previous heavyweights like Bruce Willis and Nicolas Cage are willing to sleepwalk through several Direct-to-DVD paychecks a year, Arnold decides it is high time to roll up his sleeves.

Though Elliot Lester’s 93-minute film is a slow-burn, it is one of compelling performances and impressive images.  The wreckage sequence in particular is completely arresting, and all the more impacting having been recreated based on true events.  But Aftermath is far from great.  Roman’s character arc feels more forced upon to match up to the real-life tragedy.  And others may complain that there isn’t enough momentum here to sustain the feature.  However, Schwarzenegger and McNairy are absolutely great and present characters that you can’t root for, or even reject.  You sympathize with both and simply endure as they do.  Their performances alone make the film worth watching.

Arnold Schwarzenegger and Scoot McNairy give great performances in the film, elevating the slow-burn storytelling and a questionable character arc. Schwarzenegger follows 2015’s Maggie by taking on another challenging role. Aftermath is one of the former superstar’s biggest risks, and also of one of his best outings as a performer.