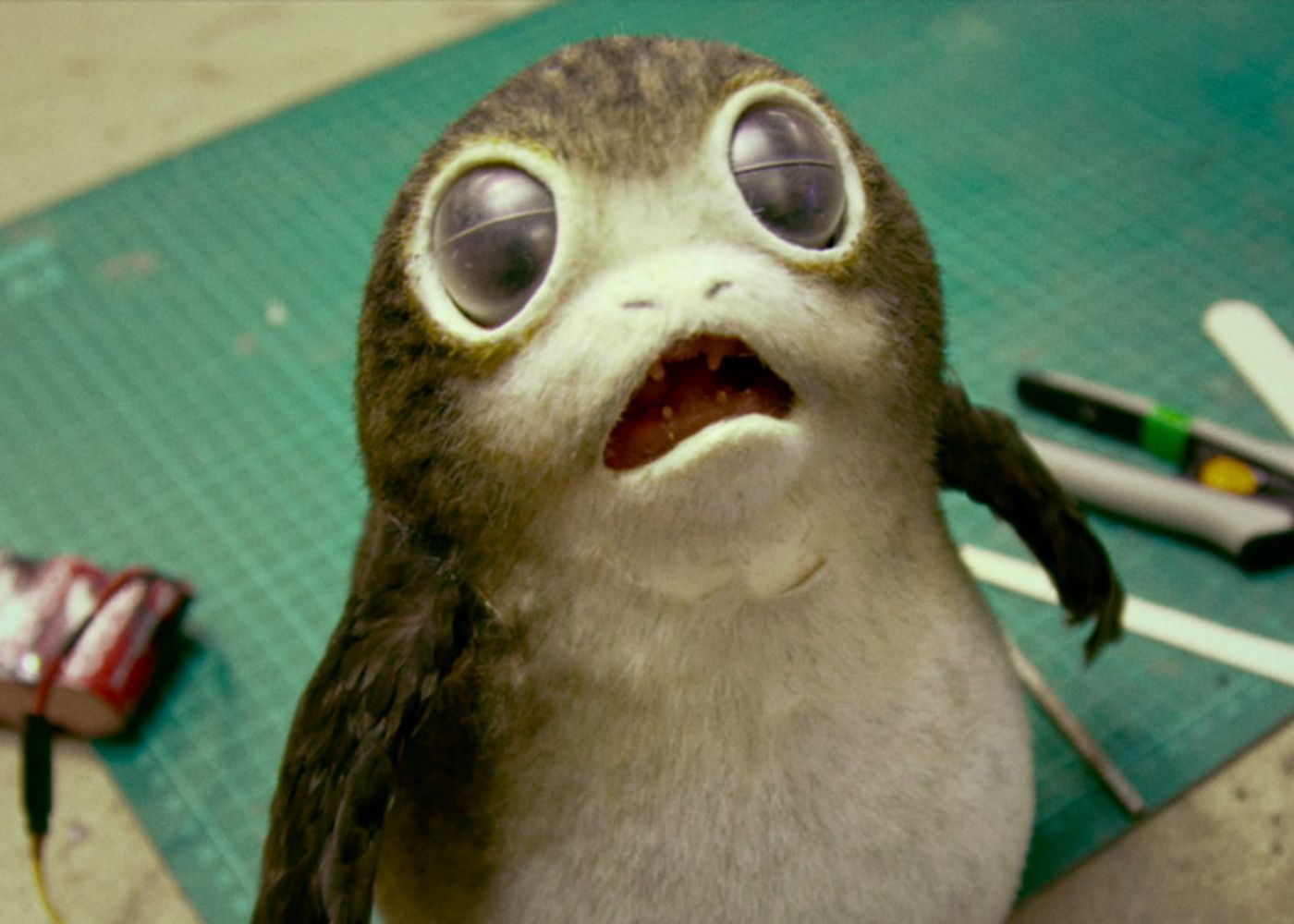 Entertainment Weekly has just released a plethora of information about Star Wars: The Last Jedi. The film is only a few months away, so it makes sense the marketing campaign would begin to kick into full gear. One of the most intriguing pieces of information isn’t related to Luke, Rey, or Kylo Ren at all. It’s all about some fluffy, little penguin-creatures.

Entertainment Weekly provides information about Porgs. And you can bet your bottom dollar some adorable Porg toys are going to available around Christmas time. Here’s an official description about the Porgs:

“These penguin-like wide-eyed creatures are native to the planet of Ahch-To, site of the first Jedi temple, and they’re just one type of new creature the Dec. 15 film introduces to the Star Wars menagerie.”

EW released an image of a Porg inside the Millennium Falcon with Chewbacca. This may indicate the Porgs have a larger role than simply set dressing.

In an interview with Entertainment Weekly, director Rian Johnson spoke about what inspired the creature design.

“If you go to Skellig at the right time of year, it’s just covered in puffins, and they’re the most adorable things in the world. So when I was first scouting there, I saw these guys, and I was like, oh, these are part of the island. And so the Porgs are in that realm.”

Skellig Michael is the name of an island located west of Ireland. It’s also where the final scene in Star Wars: The Force Awakens was set when Rey met Luke.

Porgs are just the beginning. Entertainment Weekly also released images of the Caretakers, which look like fish-bird nuns.

Apparently, these creatures are in charge of taking care of the Jedi temple on the island. Rian Johnson offered a little information on them, too:

“They’re all female, and I wanted them to feel like a remote sort of little nunnery. Neal Scanlan’s crew designed them, and costume designer Michael Kaplan made these working clothes that also reflected sort of a nun-like, spartan sort of existence.”

What do you think of these new creature designs for Star Wars: The Last Jedi? Let us know in the comments.