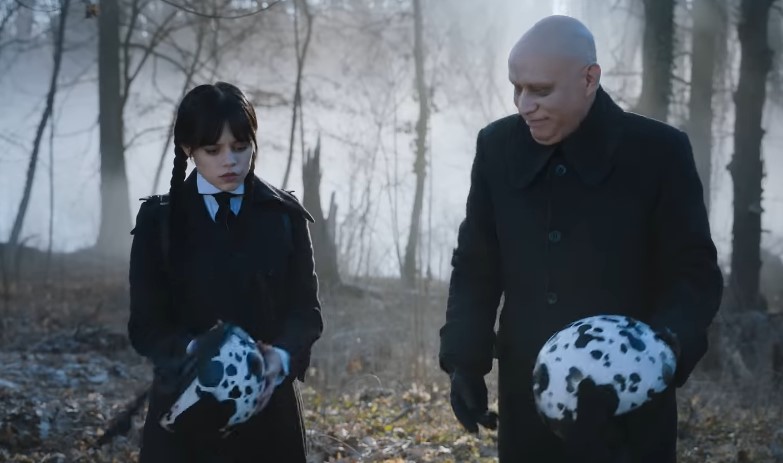 Wednesday Addams may be shipping off to Nevermore Academy for her own spinoff show, but that doesn’t mean that more of her creepy and kooky family can make cameos in the series. Thanks to the newest preview, we have our first look at Fred Armisen’s Fester Addams.

Check out the new Wednesday trailer down here:

While Morticia and Gomez are pretty much well-defined characters who have clear goals, Uncle Fester has always been kind of a loose cannon. He was written to be kind of a villain in the first live-action movie, but he’s always had a penchant for all the weird things that the family is into. We don’t know how Fred Armisen’s Fester is going to play off in the show, but I’m sure he’s going to try and add his own spin on the character.

Besides Uncle Fester, the preview also gives us our first look at OG Wednesday Addams Cristina Ricci as Ms. Thornhill. The series seems to be propping her up to be some kind of mentor to Jenna Ortega’s Wednesday, but I think the character could be up to something behind the scenes that we won’t see coming.

I’ll admit, I though the show looked to similar to Chilling Adventures of Sabrina, but I can forget that The Addams Family does have its own dark brand of humor that very much sets it apart. Hopefully this show will introduce a whole new generation of fans to the odd family that are the Addams.

Wednesday premieres on Netflix on Nov. 23.