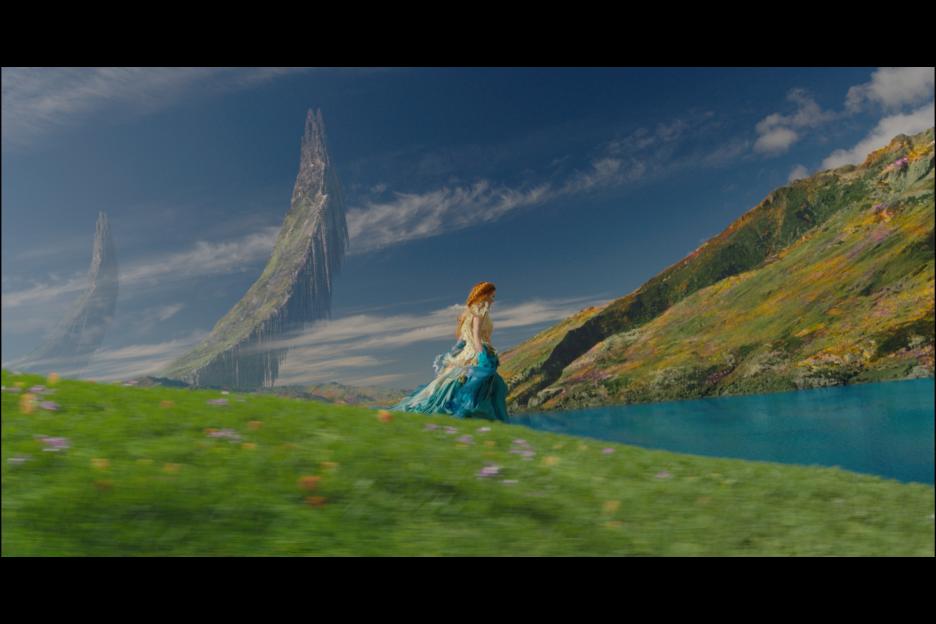 A Wrinkle In Time is being released this week to theatres and while many people who are fans of the book classic are skeptical during the press conference the stars helped to settle those fears as they spoke about the movie and how Ava Durvernay managed to capture such a world of so much imagination and love and brought it up to date for 2018. 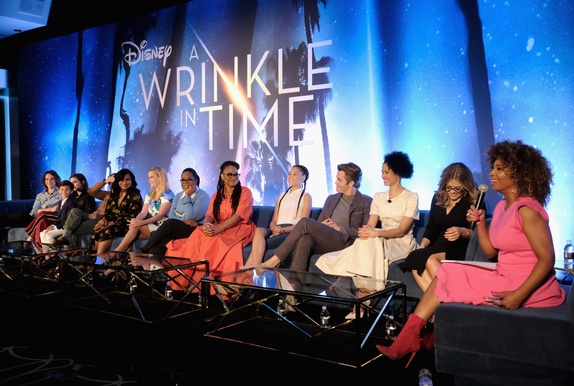 The movie was adapted by ‘Frozen’ writer  Jennifer Lee and when she and Ava were asked about adapting the movie from the 1960’s to 2018 she had this to say:

“I think we talked a lot about what makes Wrinkle so amazing and has resonated for decades and decades is because there is a timeless quality to the themes she’s dealing with. But we did look a lot at what are those themes today, what do they mean today? And how do you stay true to that, but re-interpret them in a way that we all say this is our world? This is what we understand. So we just had a lot of conversations about what we were inspired by and then what that meant to us growing up and to children now and to the world now.”

As for Ava after coming from documentaries like 13th and movies like Selma she had this to say about the filmmaking process and the world of A Wrinkle In Time:

“No. I feel like I tried and gave everything I had to a film again. And so if that’s it, then yes. There’s love in every frame of this movie and there’s love in every frame of everything that I do. I don’t have children. I won’t have children by choice. These films are my children, are what I leave behind. They have my name on them, have my blood in them. And so I feel I did that. And from there, you offer it up to the world and you hope that they can see our intention. But this was an extraordinary experience for me. It’s emotional to sit here with all of them because we really held hands on this and became a family, trying to just give a little bit of sweetness to the world in these dark times. It’s a tough time right now. And so this film really saved me in a lot of ways from a kind of going down dark holes and kept me in a really light-filled place so I’m grateful for the past few years working on A Wrinkle in Time”.

Indeed many will notice that A Wrinkle In Time plays on themes of our current political climate as well as just common themes of love and family. Ava continued to say:

“Yeah, they’re living in a chaotic time. We’re living in a chaotic time as adults. But imagine if you’ve only been on the earth for 10 years, and 11 years, and 12 years, the tension that you feel and so to be able to just give a little breather and to say who you are is enough, and this is how you’re gonna make it through by finding something in yourself that guides you. We all have that little voice inside of us, and a lot of times we don’t listen to it. A friend of mine had a tremendous, tremendous episode of peer pressure of gigantic proportions that I’d never experienced or seen just a couple of weeks ago when the whole country, well a lot of the country, was saying you should run for president. She said…”

“She said, y’all, the voice inside of me says I am not your president. I can do good in the world in a different way. But a tremendous amount. Like, I probably would’ve even said, if everybody thinks I should, I’m gonna give it a try. That’s what we need more to tap into, your own voice.”

This, of course, leads to us all looking at Oprah who admitted during the interview she herself had never read the book, an interesting take on a woman who has her own book club, but we’re here to assure you even without reading the book, which by the way was banned for some time for “shrugging off religious beliefs” which you can actually read more about on Hello Giggles, is still worth watching for the book lovers out there. It still has the same magic the books held the same ones you grew up with maybe a few changes and a man bun here and there, but it’s all in good fun.

Indeed this movie as Reese said is “I know. I mean, it really was truly a delight. Extraordinary.” and we have to agree.

A Wrinkle In Time hits theatres on March 9th. Let us know what you think after you see it.