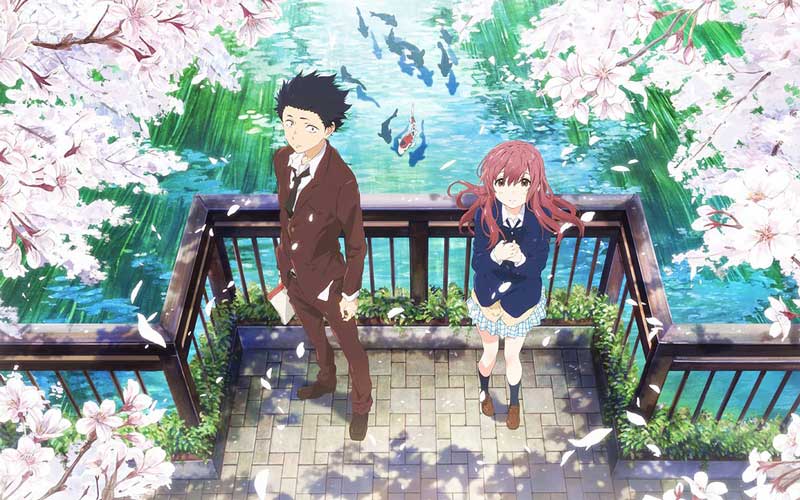 An anime film about friendship, bullying, depression, and suicide, this movie shows an important message of the reality of each individual who deals with anxiety especially in Japan. This is a great way to start the conversation showing that there are people who care about you and I think this movie did a great job for being serious and not overly dramatic regarding this issue.

First of all, the animation is good, the characters are relatable like most of the anime characters, plus it has a great way of showing the different emotions felt by the characters including Ishida’s depressive outlook on people which was metaphorically signified by covering the faces of other people and his habit of looking down and not looking at anyone directly from their faces.

I like the turn of events in this film, the bully becomes the bullied and the bullied became the friend, I felt really Sympathetic on both Nishimiya and Ishida as they both struggled in different ways. The story started with bullying, and then it backfired, and then came depression, then suicide. Both of the major characters tried to commit suicide, one incident caused a tragic scene which really made a lot of impact in the movie.

This film shows how bullying can change one person and how badly it can affect with his life as an adult or a teenager or as a kid. Children, even at their young age gets bullied and it has an effect on how they see themselves as being helpless and inferior to society, sadly, most kids who are being bullied are too scared to say something or maybe they do not want to show their weakness to anyone else.

This film also did a great job in transforming acts of bullying into building great friendships; this is what society needs right now, quality films with great content, not violence. Although there were downsides to it such as showing the weakest moment of some the characters’ lives that lead to acts of suicide might not be a good representation to younger viewers, still it was a great movie and I’ll give it an 8.7 out of 10.