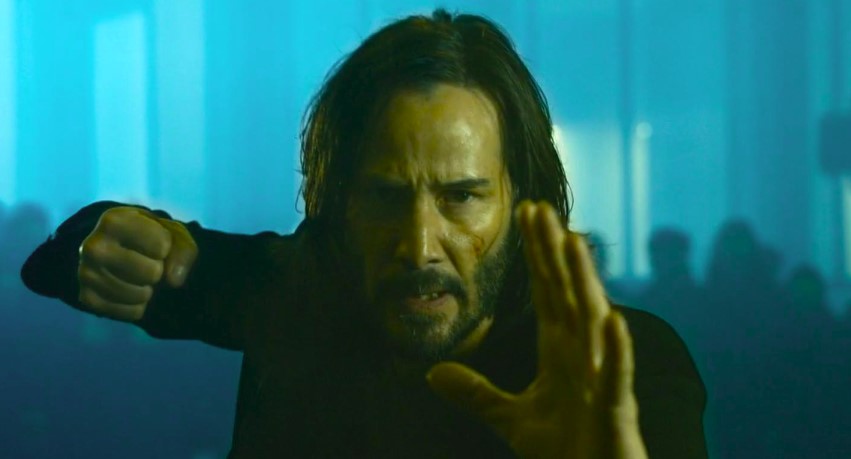 Cinema on 2021 had fans excited for the trailer for Matrix Resurrections, and with the trailer set to come out Thursday, EW has decided to drop a new poster for the film as well as our first look at cast members Keanu Reeves, Yahya Abdul-Mateen II, Jessica Henwick, Jonathan Groff, and more.

Though the trailer is coming out tomorrow, marketing for the film has put up this fun site where you get to pick between a red pill and blue pill, and you get shown a trailer dependent on your choice. What’s cool is, the trailer changes based on what time you click on it, and the combinations of clips also change. You can check it out at thechoiceisyours.whatisthematrix.com.

Though the teasers on the site have selected snippets based on your choice, the images from EW give us a more all-around look at the film, from the returning characters of Neo and Trinity as well as new faces like Abdul-Mateen and Groff’s characters. We still have no confirmation on who Abdul-Mateen is playing, but with his fight with Neo and round shades, he could very well be a younger Morpheus. Until we get official confirmation, all we can really do as fans is guess.

Based on the snippets we’re seeing in the teasers, the film looks like a visual update on the original, and I can’t wait to see the full preview.

The Matrix Resurrections is set to come out on Dec. 22.