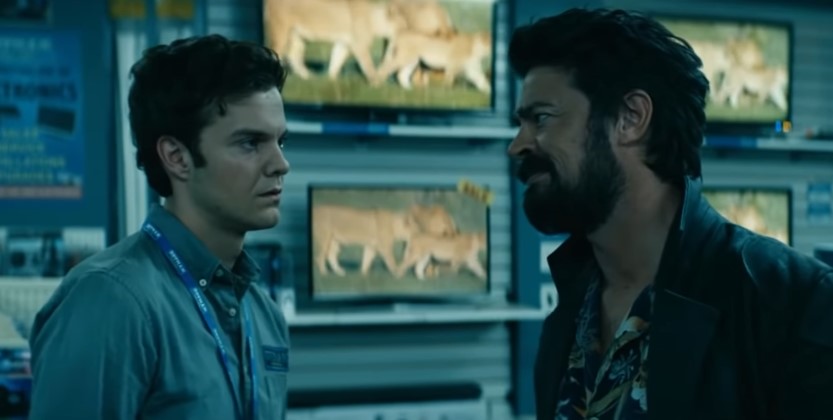 It could be a while before we get to see The Boys come back to Amazon Prime Video, but stars like Jack Quaid managed to keep the fanbase engaged online. Just in the official Boys account shares a photo of Quaid and co-star Karl Urban dressed up for this year’s Halloween.

Just in case you haven’t done your classic film research, Quaid is dressed p like Jason from the Friday the 13th movies, and Urban is dressed as Alex from Stanley Kubrick’s A Clockwork Orange. It would have been great to see what other cast members were up to on Halloween, but I guess this one is fun enough.

I guess it’s also funny that Quaid should dress as someone from another established slasher franchise, because he recently appeared in the latest entry of the Scream series. As for Urban’s costume, now I’m kind of hoping they make some kind of follow-up to A Clockwork Orange because that film is just several levels of crazy.

For now, The Boys Season 4 is still undergoing production, so it could be a while before we get our first look at the series. The show had given us a look at incoming heroes that were originally created for television, but we’ve yet to get any details on their powers or their affiliations.

The Boys has managed to have a great run so far, and after an explosive third season, fans are curious on how the showrunners are planning to up the ante for the next season.

The Boys Season 4 is expected to premiere on Amazon Prime Video sometime in 2023.