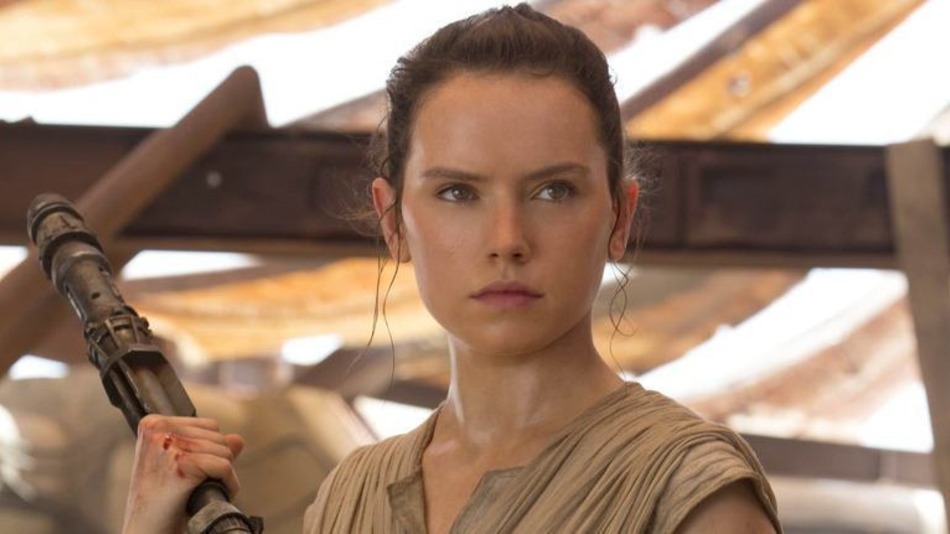 One of the most discussed topics since The Force Awakens is the identity of franchise newcomer, Rey. It has been said that Rey’s parentage is going to play a major part in the new sequel trilogy. There are a few different theories, so let’s dive in.

Naturally, many fans feel the franchise will come full circle, which is why some believe Rey is actually a Kenobi. The most prominent Rey theory states that she is the granddaughter of Obi-Wan Kenobi. Star Wars: The Clone Wars establishes a relationship between Obi-Wan and a Mandalorian named Satine. Star Wars Rebels has a character named Sabine, who interestingly enough is seen standing by a portrait of Obi-Wan and Satine in an episode of the series. This has lead many to speculate that Sabine is the daughter of Obi-Wan and Satine, potentially making her the mother of Rey. Furthermore, many believe Obi-Wan’s voice in Rey’s The Force Awakens vision is substantial evidence of the lineage. This theory however was inevitably shot down by Rebels supervising director Dave Filoni.

Rey is a Skywalker Clone

How exactly would a one go about making a clone of Luke Skywalker? Well, the only reasonable explanation, of course, is from the severed hand he lost while fighting Darth Vader in The Empire Strikes Back. Basically the theory states that when Rey meets Luke at the end of The Force Awakens to give him Anakin’s lightsaber, Luke feels an undeniable connection and familiarity with Rey. This is supposedly the Force letting Luke know that Rey is essentially family since she was cloned from his severed hand.

This theory is highly unlikely, however, as there are a variety of reasons this may not be plausible. If Rey is a Skywalker, clone or otherwise, wouldn’t Leia recognize Rey in a similar way? Some would argue that the embrace between Rey and Leia after Han Solo is killed in The Force Awakens could be construed as such, but it is more likely it was a comforting effort than anything else. Rey did just witness Kylo Ren murder his own father after all.

Seeing as we’ve already discussed a theory for Rey concerning the Light side, it is only fitting that we discuss a Dark side theory as well. This particular theory suggests Rey is a descendant of Emperor Palpatine.

The pieces of “evidence” supporting this theory are spotty at best. A common thread seems to be the fighting style of both Rey and Darth Sideous. The argument is that both of these characters fight in similar or identical fashions, specifically in regards to the jab or thrusting motion seen in the image above. In Revenge of the Sith, the Emperor uses this technique to begin his duel with Mace Windu and the other Jedi present to take him into custody after his true identity is revealed by Anakin Skywalker. Rey uses a similar technique in her battle with Kylo Ren in The Force Awakens. Furthermore, there are subtle hints of the Emperor in Rey’s Force Vision/flashback. If you break down the audio during that vision, you’ll notice the Emperor’s battle cry from combat as well as Palpatine’s direction to Anakin to kill Count Dooku.

Rey Hatched from an Egg

The internet is truly a wonderful place.

This is arguably the most far-fetched theory out there. After the purchase of Star Wars, Disney started a massive push to create a new line of Star Wars comics published by none other than Marvel. Because Disney owns both Marvel and Star Wars, any comics published are now considered canon. This is where things get start to get interesting…

In the Poe Dameron comics, there is a species called the Creche. This species worships an ancient blue egg that is believed to hatch their messiah, who will rid the universe of all evil. Some believe Rey is the hatched messiah of the Creche. Plausible? Sure, but only because of a canonical technicality. Likely? Probably not.