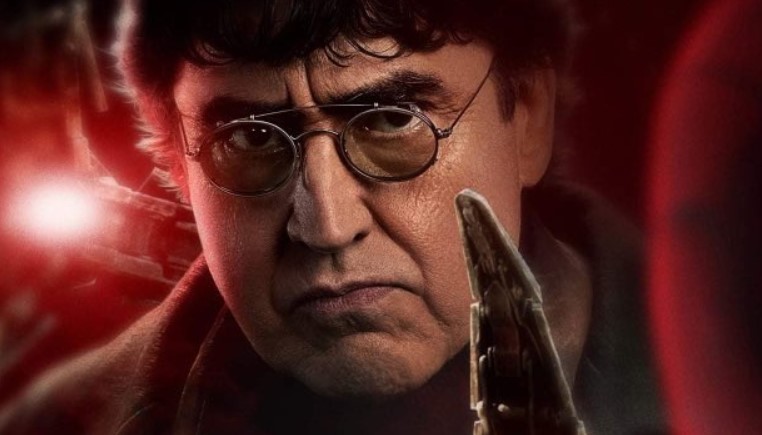 While fans have been waiting for a Sinister Six team-up in Spider-Man: No Way Home, the trailers have only managed to spotlight three main villains—Doc Ock, Electro, and the Green Goblin. While we only get glimpses of the characters in the previews, the three do get their own character posters which give us a good look at them.

Check out these international posters from @OneTakeNews:

A closer look at Electro’s garb shows that he has a more intricate, harness-like costume and we also get a clear look of the arc reactor on his chest. Doc Ock is the villain we’ve seen the most in the previews so he looks pretty much the same; the Goblin is the one that’s kind of shrouded in smoke, but we do get a look at his helmet and his hand holding a pumpkin bomb.

Though Homecoming and Far from Home have pretty much played their hand when it came to the plot of their films, No Way Home has been very careful when it comes to the big reveals in the film. While there have been supposed plot leaks online, the major points of the story are still a mystery, and we’re left guessing just how things will end with Peter Parker’s Home trilogy.

And even if they don’t appear in the previews, everyone is pretty sure that this movie will feature a comeback from Tobey Maguire and Andrew Garfield’s Spider-Men.

For the first time in the cinematic history of Spider-Man, our friendly neighborhood hero’s identity is revealed, bringing his Super Hero responsibilities into conflict with his normal life and putting those he cares about most at risk When he enlists Doctor Strange’s help to restore his secret, the spell tears a hole in their world, releasing the most powerful villains who’ve ever fought a Spider-Man in any universe. Now, Peter will have to overcome his greatest challenge yet, which will not only forever alter his own future but the future of the Multiverse.

Catch Spider-Man: No Way Home when it swings into theaters on Dec. 17.