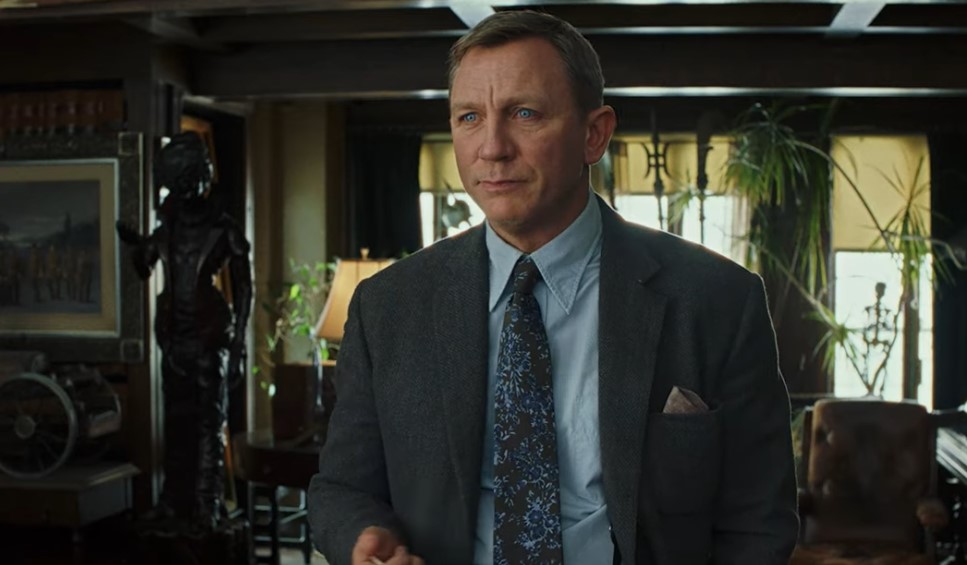 Kenneth Branagh’s Hercule Poirot may not be receiving the warmest reception at the box office, but a lot of critics loved Rian Johnson’s take on the genre with Knives Out. Daniel Craig is set to reprise the part of detective Benoit Blanc in a sequel, and we now have an official title announced.

As per Rian Johnson on Twitter, the sequel has been officially named Glass Onion: A Knives Out Mystery. THR describes the story:

“In the sequel, Detective Benoit Blanc travels to Greece to peel back the layers of a mystery involving a new cast of colorful suspects.”

Benoit Blanc’s next case, the follow up to Knives Out, is called GLASS ONION. pic.twitter.com/6Zo0g1VX11

While we should expect the story of Ana de Armas’ character to be finished with the first Knives Out, there’s always a chance for Benoit Blanc to run into some trouble and use his detective skills to solve a mystery. Johnson wrote this about his inspiration from Christie as an author:

Something I love about Agatha Christie is how she never tread water creatively. I think there’s a misperception that her books use the same formula over and over, but fans know the opposite is true… It wasn’t just settings or murder methods, she was constantly stretching the genre conceptually. Under the umbrella of the whodunnit she wrote spy thrillers, proto-slasher horrors, serial killer

Hopefully we don’t have to wait too long before we get a teaser. With the film set to come out during the holidays, I think it’s likely we could get a preview drop sometime around Halloween, but that’s just my guess.

Glass Onion: A Knives Out Mystery premieres on Netflix sometime in the holiday season.