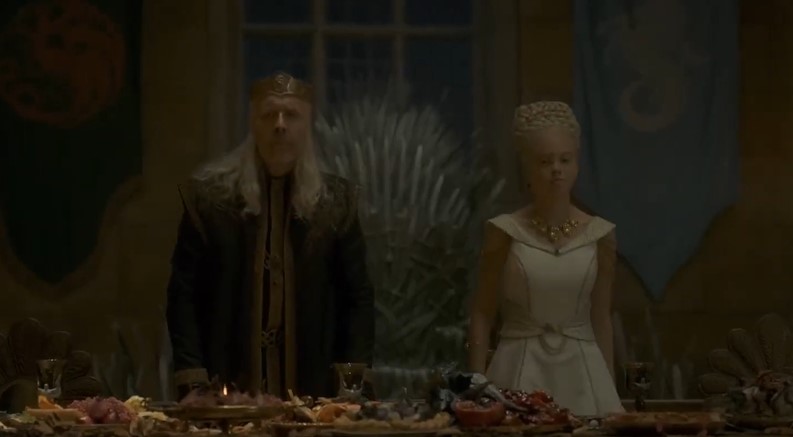 Game of Thrones has a terrible history with weddings from the Red Wedding at the Frey’s to Geoffrey’s Purple Wedding, but it looks like House of the Dragon is gearing up for its own matrimonial ceremony.

Watch the promo for the upcoming fifth episode:

While episode three had Viserys giving Rhaenyra permission to look for her own husband, some royal shenanigans have pushed Viserys to marry Laenor Velaryon. We assume that we’re going to be seeing the wedding happen with the next episode, but as the promo suggests, we could be expecting some kind of tragedy.

Much like the earlier seasons of Game of Thrones, House of the Dragon is not so much about grandiose battles, but more about political intrigue and scandals. Though we do get scenes filled with action like Daemon’s attack on the Crabfeeder, it honestly pales in comparison with character moments like the sudden (but expected) incest between Daemon and Rhaenyra or the removal of Otto Hightower as the Hand of the King.

Admittedly, there are some book readers who already know how this will all go down, but at least we can have the assurance that House of the Dragon is working on a completed story; as compared to Game of Thrones which kind of clumsily rushed to the finish line. Hopefully HOTD will have a complete, critically-acclaimed run.

Catch the next episode of House of the Dragon when it streams on HBO Max this Sunday.