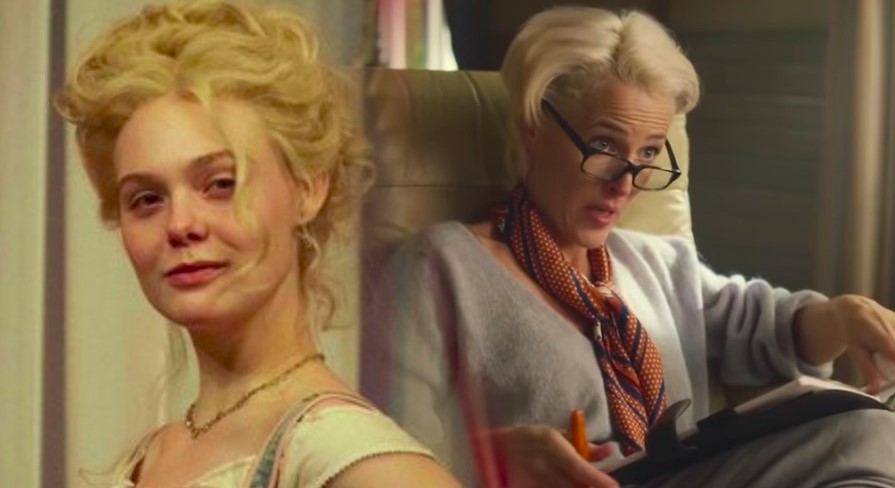 While the second season of The Great will have Catherine (Elle Fanning) dealing with the idea of motherhood, it looks like the show will be bringing in Catherine’s own mother for a couple of episodes.

According to Variety, Gillian Anderson (Sex Education) will be playing the part of Joanna, Catherine’s doting mother. Anderson is said to appear for only two episodes, but it looks like she’ll have something significant to bring to the plot. Here’s her character description:

“Joanna is a glamorous socialite from Germany, sometimes also known as the “maestro of marriage” for her abilities to arrange high profile partnerships for her daughters. She has heard rumors of her daughter’s coup and come to Russia to see it for herself. Though the apple of Catherine’s eye and a doting mother, it soon becomes clear Johanna has more sinister intentions to save her family’s reputation.”

We don’t know how Anderson’s Joanna will fit in the show, but seeing the more recent characters that Anderson has delivered to the screen, you could say that she has fantastic range, acting aloof and warm in Sex Education or distant and calculating in shows like Hannibal.

With Catherine herself being a smart and capable woman, it’s going to be fascinating to meet the mother who was responsible for her upbringing. Catherine is already her own powerhouse in the show, but how would she take it if she had to go against the person who got her in Russia in the first place?

No premiere date has been announced for The Great Season 2, but you can catch the first season now available on Hulu.