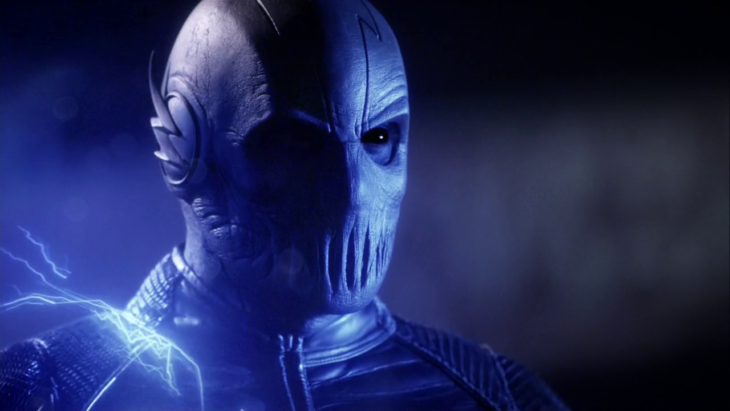 If you aren’t caught up on all things Zoom and Flash, beware of spoilers below.

The last episode, Invincible, introduced Earth-2 Laurel Lance (aka Black Siren), offered more details about Zoom’s army, featured awesome cosplay from Cisco and Caitlin, and saw the unfortunate demise of Henry Allen. It was packed and set the groundwork for what is shaping up to be quite a shocking and emotional finale. You can check out the extended trailer for the episode below.

Following the murder of his father, Barry is out for vengeance, but Zoom has something else in mind — a race to see who’s truly the fastest man alive. It sounds… odd; however, as Team Flash points out, the greedy speedster is devising other plans in the background. As fans have been speculating, it seems Zoom is using the race as a diversion to tap into the energy created by Barry’s speed, and utilize it for his scheme to lay siege to multiple Earths. He’s apparently built a Power Amplifier (which would explain what he’s been up to all season when not on screen), and aims to use it to take on every planet in the multiverse. Could this be how Supergirl and her Earth are seamlessly integrated into the Arrowverse?

The trailer also shows a glimpse of Wally’s heartfelt response to Barry after finally learning that he’s The Flash. This moment, amongst a variety of others, is bound to put audiences on the emotional rollercoaster the show is so well at balancing.

There’s still one question yet to be answered, and this trailer doesn’t leave much room for guessing where it will fall in the episode. Who is the man in the iron mask? It almost has to be Henry Allen’s Earth-2 doppelgänger, whose name is likely Jay Garrick. That reveal is supposed to be featured in the finale, but how and at what point remains to be seen.