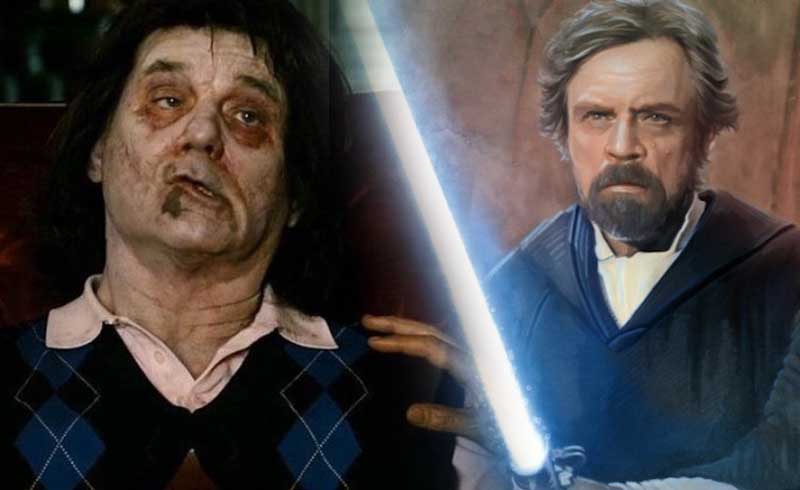 2009’s Zombieland probably had one of the most beloved cameos in cinema with Bill Murray, but writers Rhett Reese and Paul Wernick reveal that they originally wanted a scene with Star Wars’ Mark Hamill?

As shared by Wernick, they had written a scene where Columbus and the gang run into a zombie Mark Hamill, and zombie-Hamill ends up in a lightsaber fight with Columbus before being taken out by Tallahassee with a Gaffi Stick. Here’s the start of the thread:

You can read the whole scene here.

While the Bill Murray cameo was sparse when it came to Ghostbusters references, the scene with Hamill would have went all out with Star Wars. They have a fight in a room full of memorabilia, and John Williams would be blasting in the background. What’s more, when Columbus finds Hamill, he reacts like Luke does in Empire with the line “… that’s impossible.” My absolute favorite line is from Tallahassee who mimics the Emperor from Return of the Jedi, and says, “…and now young Skywalker, you will die,” before he bashes zombie Hamill’s brains in.

We don’t know why Hamill turned the scene down, but I guess he was being protective of Luke Skywalker (like he was with The Last Jedi). Ultimately, I think Murray’s cameo is more hilarious and not so fanservice-y. Maybe Wernick and Reese can work that scene into the next Deadpool movie—whenever that happens.

For now, you can check out Zombieland 2: Double Tap now available for home video.