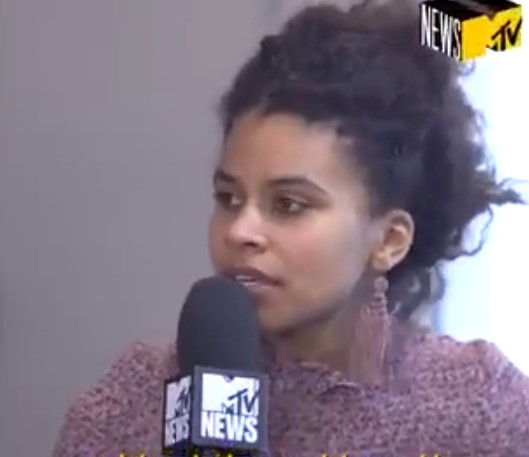 The last few years have been especially amazing for comic book fans. Whether you prefer DC or you are a Marvel fanboy, there is a movie or a television show to keep your fandom alive and well. 2019 is no different.

Arguably, one of the most highly anticipated films of the year is Joaquin Phoenix’ Joker. The movie is still months away. Thankfully, filming has wrapped and the cast and crew have started to divulge details about the upcoming movie. According to one Zazie Beetz, working on Joker has been a pretty interesting and unique experience.

In an interview with MTV, Deadpool star Zazie Beetz explained that much of Joker was reshot and rewritten while they were filming. The actress reveals that most of the time the cast and crew would troop to Todd Philips’, the writer and director of the movie, trailer in order to rewrite a scene:

“I can’t say anything. Its gritty and dark. I mean I haven’t seen a cut or anything. The script is great. We rewrote the while thing while we were shooting. Literally, we would go into Todd’s trailer and write the scene for the night and then do it. During hair and makeup we’d memorize those lines. And then do them, and then we’d reshoot that three weeks later.”

It was a challenge to shoot the film with the rewrites especially considering the physical changes Joker himself aka Joaquin Phoenix has undergone. Beetz, however, is thankful for the way Philips works. She revealed that the director was quick on his feet, so they always had time to work and rework the scenes:

“We had to do everything then because Joaquin lost so much weight that we couldn’t do reshoots later on s we were figuring it out. But Todd’s quick at getting stuff done so we always had extra time which was great.”

Joker has always been an odd project. In an earlier interview with Joaquin Phoenix, the veteran actor explains that, even as someone who is part of the project, it is difficult for him to qualify the movie. It just doesn’t fit a specific genre:

“I wouldn’t quite classify this as like any genre. I wouldn’t say it’s a superhero movie, or a studio movie or a … It feels unique.”

Nevertheless, the actor gushes about working in such a project with Todd Philips. According to Phoenix, Philips is incredibly passionate about telling a good story with completely rounded characters. The actor believes his director did a very good job doing so:

“I think more than anything, and probably the most important thing, is Todd seems very passionate about it and very giving, and so that’s exciting. I think, underneath the excitement of these films, and the size of them, there are these incredible characters that are dealing with real life struggles. And sometimes that is uncovered and exposed, and sometimes it isn’t, and so I always felt, like, there were characters in comics that were really interesting and deserve the opportunity to be kind of studied. And so I think that’s what Todd sees appealing about this idea.”