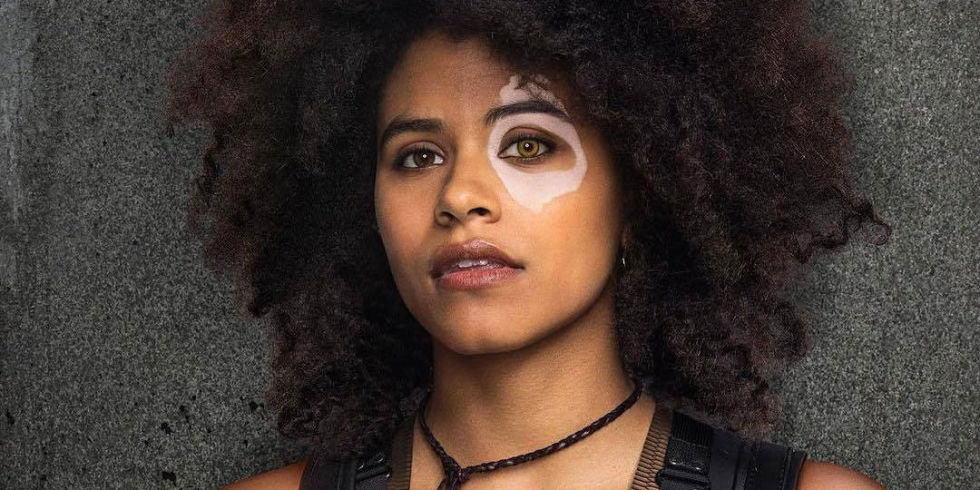 Deadpool 2 premiered just last week. Unsurprisingly, the return of Wade Wilson to the big screen is already making waves in the box office. In its opening week, the movie hit a staggering $50 million and is expected to surpass the original movie at least in terms of box office earnings.

It does not hurt that critics have favorably reviewed Deadpool 2. Critics consider the movie one of the better sequels out there. In fact, Richard Roeper from Chicago  Sun Times jokingly quips that the movie is a better sequel than The Godfather 2:

“This is the best sequel since Godfather II. OK, not quite, but that sounds like something Deadpool will say about Deadpool 2 in Deadpool 3.”

Because of its success, Deadpool 2 shot relatively unknown actors to the spotlight following the premiere. One of which is Zazie Beetz aka Domino.

In an interview with Screenrant, the German-American actress also known for his role in Donal Glover’s Atlanta revealed details about her role in the movie. According to Beetz, she read a couple of comics in order to understand the role better. While she didn’t stick to one series, she also took inspiration from older X-Men cartoons. The actress wanted to make sure that she got her character right, so she had a comic book store worker help look for some. She even watched a few of Domino’s cartoons.

In a separate interview with Vanity Fair, Beetz also explained how different it was for her to work on such a big production with such a big role. Her co-star, Ryan Reynolds, has previously openly discussed how he deals with anxiety especially in such a hectic environment. Beetz explains that it truly is helpful that the Deadpool 2 cast and crew are open about their anxieties. She knows that dealing with stress is different for everyone. However, it is comforting to know that she isn’t alone:

“We didn’t talk about it so much [on set], but we’ve been talking about it more, and how he uses comedy to address his anxiety. Everybody approaches it in different ways. It’s always nice hearing that you’re not the only one.”

Deadpool 2 was released across the United States last May 18, 2018.