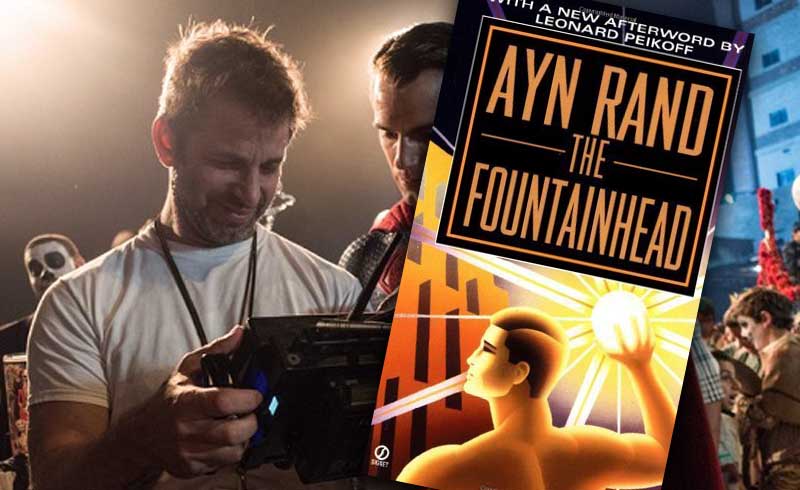 After the whole debacle with Justice League, it seemed that Zack Snyder was just spending his days answering fan questions on Vero. Apparently, he’s still working on his passion project, The Fountainhead. The director also says that it will be the next movie that he’ll be working on.

When asked by a fan what Snyder’s next project was, Snyder simply answered with Fountainhead. Here’s the exchange:

The Fountainhead is officially Zack's next project instead of The Last Photograph. pic.twitter.com/pKS84l3uO8

It’s been known for a while that Snyder had wanted to get a Fountainhead movie done for a while. Now that he seems not to be connected to the DCEU anymore, he has so much time for the passion project.

To those who don’t know, The Fountainhead is a classic novel written by Objectivist Ayn Rand. The story focuses on an architect named Howard Roark. In the story, Roark is a magnificent architect who has an unconventional way of doing things. This has lead every established person in the industry to label him as a hack. Throughout the book, we see Roark attempt to achieve his goals through sheer will. He leaves no room for even a little compromise.

Rand has been said to be a heavy influence on comic writer Frank Miller. Batman in BvS was said to represent the ideal ‘Randian’ hero. I’m not the best person who can explain the philosophy as a whole. However, you can also see heavy influences of Rand’s work on the game Bioshock.

We still don’t know how far Snyder has gone with this project. However, I am interested to see how he brings this movie to life on the big screen.