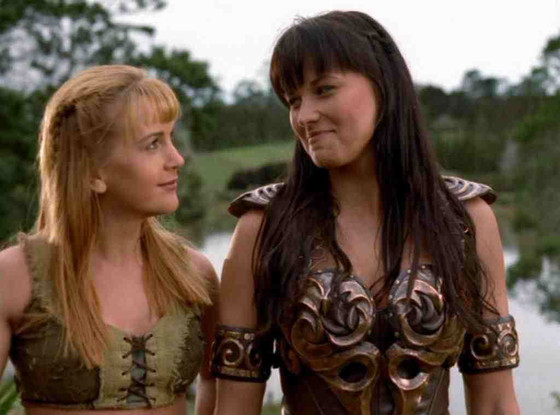 A reboot of the cult 1990s fantasy series Xena: Warrior Princess was officially announced a few months back but now we know how it will be different, and more modern, than the original show.

Answering a fan’s question on Tumblr, the new show’s head writer Javier Grillo-Marxuach (who you might know as the executive producer of The 100) said:

“There is no reason to bring back Xena if it is not there for the purpose of fully exploring a relationship that could only be shown subtextually in first-run syndication in the 1990s. It will also express my view of the world – which is only further informed by what is happening right now – and is not too difficult to know what that is if you do some digging.”

Any fan of the original series will know what the writer is alluding to here. The core of the show was Xena’s relationship with her best friend Gabrielle, which was frequently hinted to be more than friendship but was never fully explored – even though fans are pretty much agreed that the pair were in fact lovers.

It’s good to know that this reboot isn’t just being made to cash in on Game of Thrones or 90s nostalgia but actually has something new to say and do with the characters.