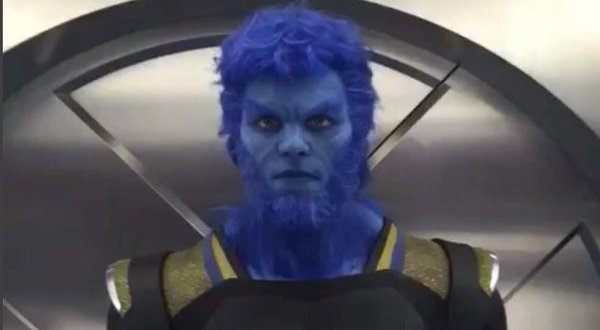 Ah, superhero dubsmash videos, what would we do without you. First, you had Hayley Atwell and Clark Gregg going head to head in a Lip Sync Battle, and now the cast of X-Men: Apocalypse have decided to have a go.

Director Bryan Singer first posted the hilarious video on his Instagram page with the caption: “#TBT to that time the #XMen cast went #BeastMode.” Watch it below. You will thank yourself for it later.

The video sees Nicholas Hoult lip syncing to the Benasis song before a bunch of his fellow X-Men – James McAvoy, Jennifer Lawrence, Tye Sheridan, Sophie Turner, Alexandra Shipp and Kodi Smit-McPhee – join him in getting their Beast Mode on.

Nice moves, guys, but it does make you wonder if Patrick Stewart, Ian McKellen and Kelsey Grammer did this sort of thing while making the original movies. Now that is something we would like to see…

X-Men: Apocalypse evolves into theatres on 27th May in the US (or 18th May onwards for everyone else). As well as those above, it features Michael Fassbender, Olivia Munn, Ben Hardy and Oscar Isaac as the titular Apocalypse and his Horsemen henchmen. It is the ninth film in the franchise and the third this version of the team have worked on – but clearly the cast and crew are still having fun when making them.

We now have to hope that the film itself will be just as entertaining.