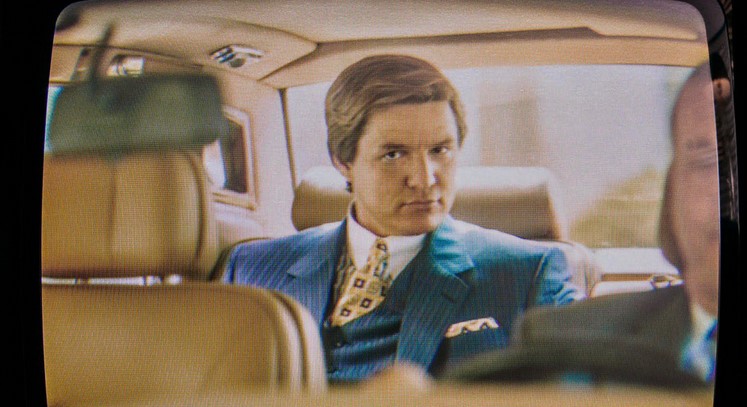 Though Wonder Woman 1984 may be marketing Kristen Wiig’s Cheetah as the main villain, a lot of people are convinced that the actual main antagonist of the film is whoever Pedro Pascal is playing. While fans have guessed for months that Pascal is playing Hades, director Patty Jenkins has kind of revealed that it’s not the case.

While she doesn’t mention Pascal specifically, he’s the only cast member we’ve seen that fits the bill. Now with Hades out of the equation, I’m sure fans are now confused about how Steve Trevor (Chris Pine) comes to life in the film.

Going back to Maxwell Lord though, he’s a longtime villain in the DCU, and he’s somewhat a mastermind that you can compare to the likes of Lex Luthor. If anything, he’s kind of like Bolivar Trask from X-Men in a sense that he hates metahumans and made cyborgs (OMACs) to hunt them down. In Infinite Crisis, Lord gains mind control powers, and Wonder Woman ends up snapping his neck to stop his control over Superman.

We don’t know how Jenkins plans to approach Pascal’s character in this film, but hopefully he gets more edge compared to Ares from the first movie. I mean, while everyone liked Wonder Woman, a lot of people admit that the final fight with Ares was kind of a silly romp.

For now, we wait for the release of Wonder Woman 1984 which comes out on June 4, 2020. You can also catch Pedro Pascal as the lead of The Mandalorian when it comes out on Nov. 12 on Disney+.