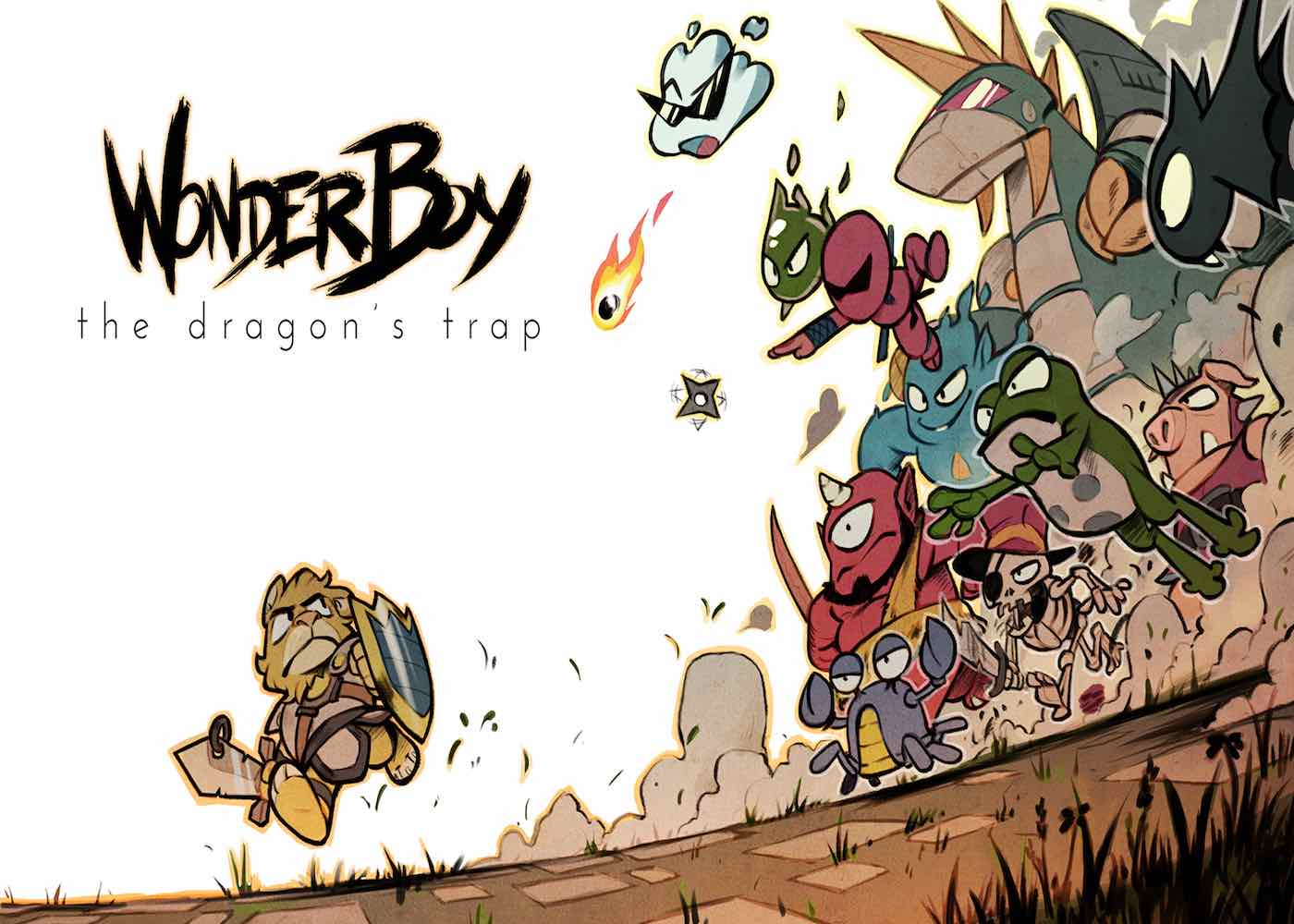 Remaking games from the eight and 16-bit eras was all the rage a few years ago, as was indie developers who grew up with hits like Super Mario Bros and Mega Man, crafting their own contemporary takes on that period of gaming; as a result we got critical darlings such as Shovel Knight and Axiom Verge. In recent months we’ve seen signs that the heyday of the 3D platformer might be the next trend to see a resurgence, as 90s kids driven by nostalgia clamour for the likes of Yooka-Laylee, a remastered Crash Bandicoot, and Snake Pass, all serving as reminders of the Nintendo 64 and PlayStation generation in their own ways. With that in mind, developer Lizardcube could be accused of being somewhat late to the party with a remake of Wonder Boy III: The Dragon’s Trap, originally released in 1989 for the SEGA Master System, and now available on PC, PlayStation 4, Nintendo Switch, and Xbox One.

For its 2017 iteration, the roman numerals have been dropped to ensure new players don’t feel like they’re missing anything by jumping on board now, with the narrative setup being exceptionally straightforward. You play as a male or female adventurer (the latter option being new), who is transformed into a fire-breathing lizard thanks to a curse inflicted upon them by a villainous dragon. The only way to return to human form is to find the Salamander Cross, and your quest will take you on a Metroidvania-style romp across a varied map in search of monsters to kill, gold to loot, and new equipment to spend it on.

The Metroidvania trappings are found in the game’s structure, which is designed to have you go back and forth between areas as you gain new abilities, which allow you to get to areas previously out of reach. Different dragon bosses are scattered across the map and defeating each one turns you into a different form, like a mouse who can climb up certain surfaces or a lion capable of tearing enemies to shreds with just a few swipes. The more dragon bosses you defeat, the bigger the map becomes as more areas become accessible. Exploring is rewarded by treasure chests, which tend to hold either loads of coins or a Zelda-like heart container to expand your life bar. The coins are spent on better weapons, shields, and armour at various vendors, which boost your attack and defence stats.

Investing to make these numbers go up is absolutely crucial, because Wonder Boy: The Dragon’s Trap harbours a level of difficulty belied by the game’s cutesy aesthetic. Make no mistake, Lizardcube’s restoration efforts have been afforded almost entirely to the presentation, with beautiful hand-drawn backdrops and characters, with a wonderful attention to detail in their animation making the whole thing compare favourably to an old-time Disney cartoon. The ability to turn the graphics back to their original look at the push of a button – a feature popularised by Halo: Combat Evolved Anniversary back in 2011 – shows just how much work has gone into the game’s visuals. It’s the same for the audio, with the MIDI tracks replaced by a beautiful orchestral score, and sound effects upgraded to be befitting of a modern title, too.

The aforementioned difficulty of Wonder Boy: The Dragon’s Trap comes at you in two ways – the swiftness with which you can die, and the trouble you’re likely have in navigating the world. Combat is simple, with each incarnation of your hero sporting an attack, a jump, and the ability to use further attacks like fireballs and arrows that shoot straight up in the air via pickups. Unfortunately attacking and the jumping can feel quite stiff, lacking a responsiveness and fluidity enjoyed by the best games of this genre. It can making avoiding enemies challenging, and on the medium and high difficulty settings death can be frequent. The penalty for dying on the medium setting isn’t too harsh as you keep any gear and coins you’ve collected, but you are sent back to the start of the area, almost as if you were playing a mini roguelike.

You may also find yourself stumped as to where you’re supposed to go at times, with no map to aid you in your travels. Hints are available in the central town but they’re not especially helpful, and relying on memory to determine where you have and haven’t been isn’t ideal in a game that encourages exploration and backtracking to uncover the best secrets. Not doing so will do no favours for your adventurer’s survivability, and making sure you get good value out of each area will help ensure the game lasts a tad longer than just three hours or so.

Despite issues with how it plays, which are likely a product of it being such a faithful remake, Lizardcube has done a wonderful job with Wonder Boy: The Dragon’s Trap. Those who grew up with a SEGA Master System will cherish the opportunity to return to one of the console’s most beloved games, with the beautiful visuals and score ensuring that there’s plenty for newcomers to admire, too.

Wonder Boy: The Dragon’s Trap could be accused of being an overly faithful remake, with gameplay trappings that don’t hold up too well in 2017. But with a gorgeous new look, a beautiful score, and plenty of whimsy, developer Lizardcube has made it’s return a worthy one.