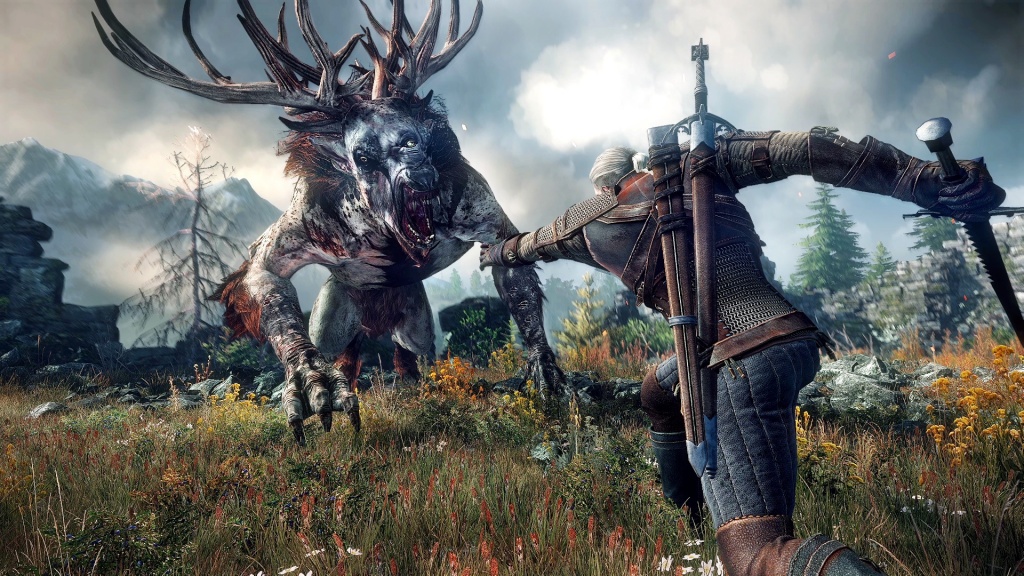 After rumors floated around yesterday of the upcoming expansion getting a June release date, developer CD Projekt Red chose to give fans another reason to salivate, via the game’s Twitter account.  Unfortunately, it’s not a release date. However, cover art is always a welcomed substitute. Kind of… it’s the Witcher so we’ll let it slide.

Geralt sitting on what appears to be a throne in his Toussaint garb, with a friend in tow. Surely, our favorite monster hunter for hire will take on a few contracts while in Toussaint. That is, if he isn’t too busy with sorceress Fringilla Vigo. Fans of the game series are probably most excited for the new explorable areas and unique monsters. While fans of Andrzej Sapkowski’s fantastic book series are waiting in anticipation for the nods and easter eggs CD Projekt likes to toss in.

Toussaint, in the game, is based on the French-esque kingdom of the same name in the Lady of the Lake. Will we see Dandelion get married? Does Ciri, Avallac’h, and Yennefer’s side narratives play a part? Hopefully we won’t have to wait long to find out.

When the expansion was announced, CD Projekt touted its 20 hour story length, which means it’ll take most 30 hours to complete, and it’s added uniqueness to an already wonderfully dense world. Will you be taking a day off from work once this meaty expansion launches? Tell us in the comments below. Actually, don’t do that, it could be incriminating.

The Witcher 3: Wild Hunt — Blood and Wine is expected to launch sometime in the first half of this year.