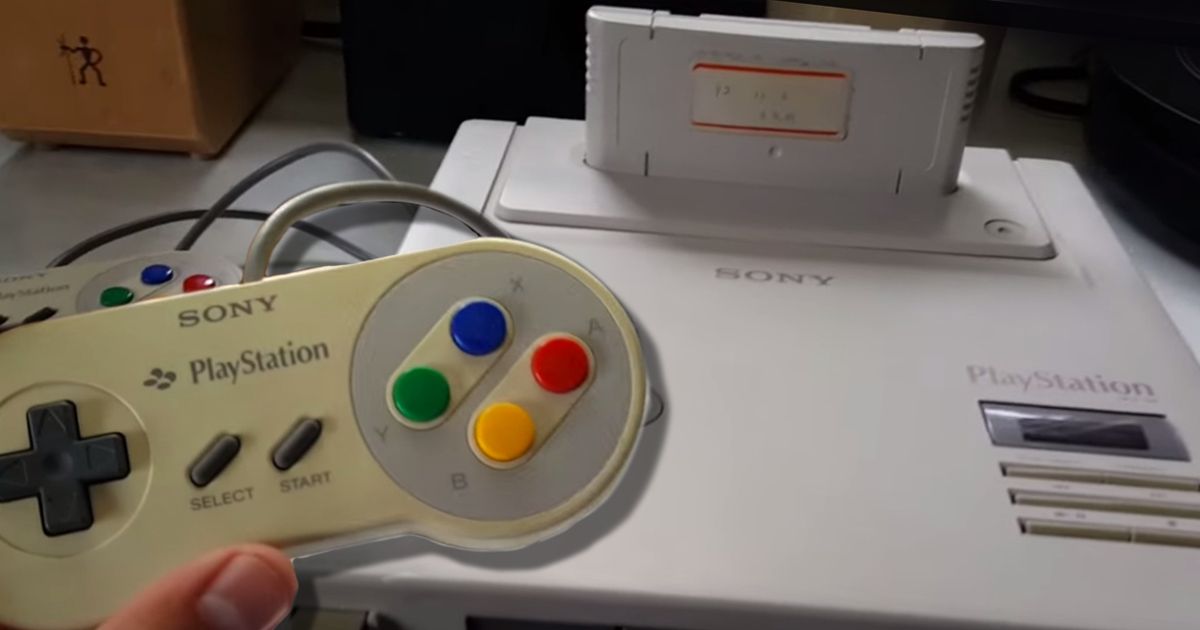 Imagine how different the gaming landscape might look today if Sony and Nintendo had teamed up to create the so-called Nintendo PlayStation back in 1988. The thought of those two juggernauts putting their brains together to produce a game console is as incredible as it is inconceivable, but it very nearly happened.

Legend speaks of an attachment for the Super Nintendo that would have been able to play discs. It was reportedly an idea being pushed for by Ken Kutaragi, who has since become known as the father of PlayStation. The potential partnership broke down over a monetary disagreement, and it didn’t take long for Kutagari and Sony to forge their own path by unveiling the first PlayStation in 1991.

Only 200 or so prototypes of the Nintendo PlayStation were ever produced before then, and more behind-the-scenes information has emerged this weekend by way of an interview with Shigeo Maruyama, former CEO of Sony Music Entertainment and former chairman of Sony Computer Entertainment, as translated by Nintendo Everything.

Maruyama reveals that Kutaragi was in charge of the sound chip on the Super Nintendo before he worked on the PlayStation, but he was a strong advocate for pursuing CD-ROM support over cartridges. He came up with the idea to install or attach a CD-ROM drive to the top of the Super Nintendo and use the core hardware to run discs instead of its usual cartridges. Nintendo wanted to stick to cartridges, because CD-ROMs can take 10-15 seconds to load, something gamers had not been used to.

Kutaragi was insistent and Nintendo was willing to compromise slightly. Rather than ditch cartridges completely in favour of CD-ROMs, Kutaragi developed a CD-ROM drive that could be inserted into the cartridge socket. There remained concern among the Nintendo hierarchy and the plans were scrapped not long before an official announcement was due. Kutaragi wasn’t happy, but Sony didn’t see it as a major loss. Kutaragi kicked up enough of a fuss over the snub that he was given the go-ahead to develop his idea into a console of its own. Thus, the Sony PlayStation was born.

The full interview makes for a fascinating read and the whole affair represents a quite incredible moment in time for the gaming industry. The disc-based PlayStation would go on to dominate the market against the cartridge-based Nintendo 64, and Nintendo didn’t adopt the format until its use of the microdisc during the GameCube era.

Still, if the Nintendo PlayStation had been a reality, we could have ended up with that Crash Bandicoot/Super Mario crossover we’ve all secretly dreamed of. Curse you, major corporation politics.