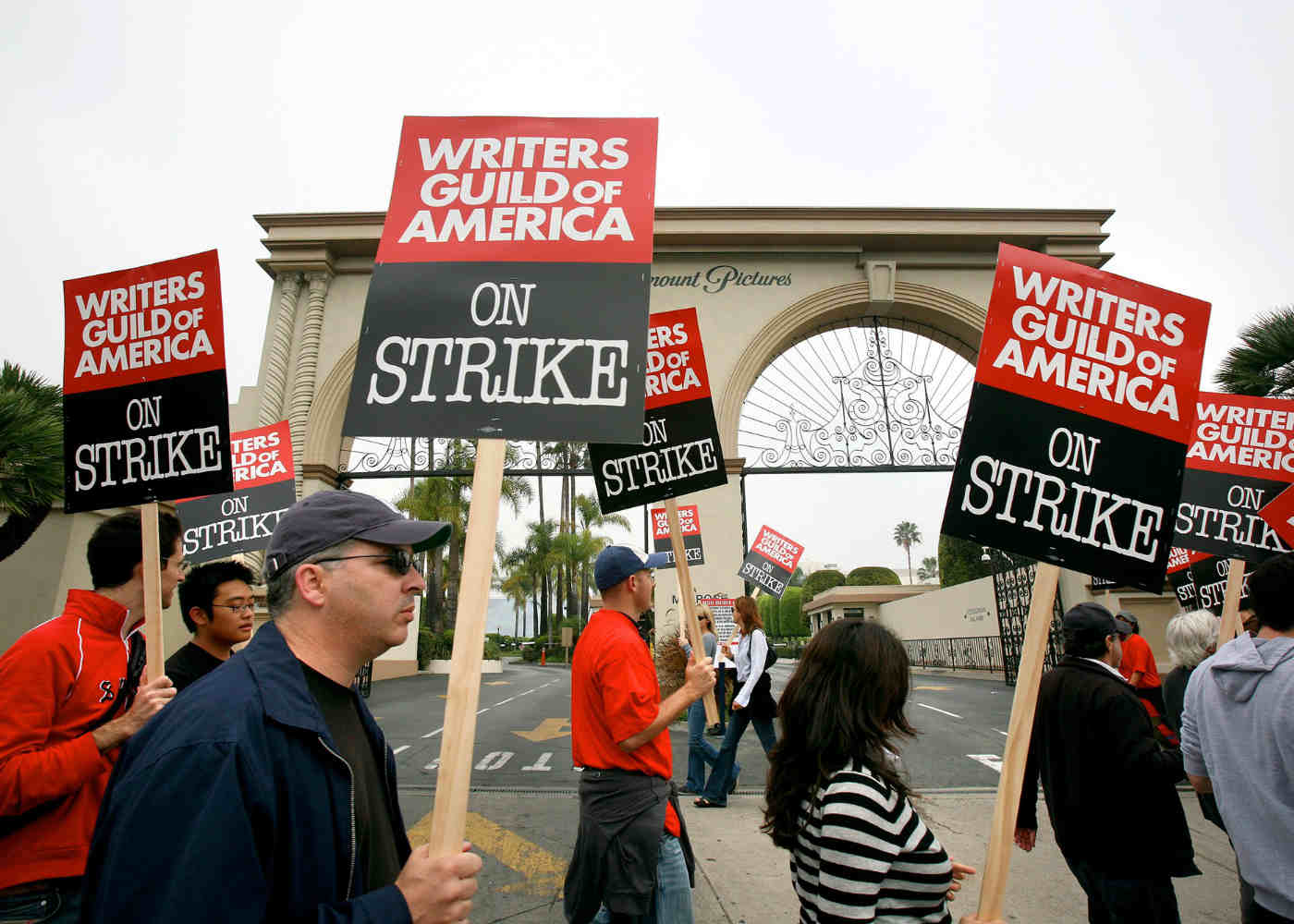 Yesterday, as Deadline Hollywood reported, the Writers Guild of America authorized their union to call for a strike if negotiations between them and Alliance Of Motion Picture & Television Producers break down. If a strike isn’t averted, it would mark the second time in a decade that the WGA has gone on strike. Back in 2007, the WGA was fighting for residuals – income off of DVD sales, etc. This time, however, there’s a myriad of issues at stake. Wages and healthcare top those issues.

Both the WGA and the AMPTP can avoid a strike situation if they can hammer out an agreement this week, and it appears that both groups are willing to come together to talk again. They had taken a break from earlier negotiations so that WGA-West and WGA-East could poll their members regarding authorizing a strike. Some history: WGA-West and WGA-East are separate entities except when it comes to negotiating contracts. Talks resume today and could last the week and through the weekend. The deadline for the strike could also extend out if the talks are proving fruitful but not yet providing a contract. If talks break down again, a strike could kick in as early as May 2.

“We thank you for your resolve and your faith in us as your representatives, we are determined to achieve a fair contract.” 2017 Negotiating Committee

Back in 2007, during the last writer’s strike, “writers lost more than $287 million in compensation that was never recovered, deals were cancelled, and many writers took out strike loans to make ends meet,” according to the AMPTP. Viewers saw the effects of the strike on their favorite shows, whether it was through shows going completely dark during the duration, shows that went to reruns, or shows with shortened seasons. Some shows went with non-union writers. Some shows were able to negotiate their own contracts with their writers. One big switch between 2007 and now is that everyone knew the strike was coming in 2007 so people did have time to prepare. That brought about some shoddily written scripts, though.

This time, however, there hasn’t been that much time spent on talk of striking. There been little to no stockpiling of scripts. Furthermore, according to Variety, “even TV shows with a season’s worth of finished scripts would be hard-pressed to complete production without showrunners on the job.” Most of the shows currently on TV have finished filming and won’t be affected. However, late-night talk shows will go dark immediately and switch to reruns. Any series that’s set to begin filming in May, including American Horror Story, Jessica Jones, Star Trek Discovery, and The Walking Dead could be affected. (Game of Thrones, Twin Peaks, and Orange Is the New Black all have completed scripts and are good to go, according to Uproxx.

Movies probably won’t feel the same affliction, thankfully, unless the strike goes long. 2017 movies won’t be affected at all. Fortunately, for geeks all over the world, at least the MCU won’t be affected. Talking to The Wrap, Marvel Studios President Kevin Feige said, “I think the whole industry will be affected, but we’ve seen it coming for a while now, and yes it moved up deadlines.” He followed up with “none of the 2018 movies will be affected.”

Whether there will be a strike or not remains to be seen. Hollywood insiders put the chances at around 51% but even that could change daily. Hopefully, cooler heads can prevail and a contract is approved that’s beneficial to everyone involved, including the fans.